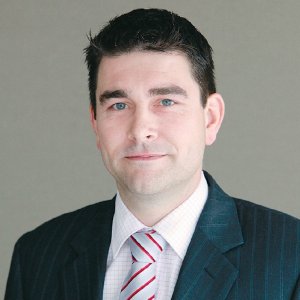 Its new report Global Dairy Outlook: Show me the Money says the global dairy sector looks set for a future of solid market growth – to some extent the envy of the food world.

China is expected to provide most of the growth and New Zealand, with its free trade agreement, could reap the most benefits, it says.

The report examines the outlook for global dairy over the next five years, and who is profiting from the changed market environment in which the dairy industry operates.

"This will sustain an era of trade growth and provide a substantial opportunity for many farmers, traders and processors in export regions.

"A lot of the global growth will come from China, and New Zealand is well-placed to capitalise on that growth given its existing trade linkages to the market which are supported by a trade agreement."

With most of the growth in consumption volumes expected in regions already short of milk, such as China and South East Asia, Harvey says a big share of supply will need to come from export regions.

Rabobank's report shows the cost of producing milk in these exporting regions remains much higher than before the 2007 commodity price boom.

"Importantly, we also find evidence the gap between 'low' cost and 'mid-table' cost milk producers is narrowing, providing a more level playing field for exporters in a range of regions, and increasing the importance of export cooperatives in ensuring their farmers are best placed to benefit from opportunities abroad," Harvey says.

The report expects production costs to remain elevated for the medium-term, supporting a high trading range for dairy commodity prices.

Harvey says in essence, Rabobank's analysis indicates the vast increase in money flowing through the dairy supply chain in recent years has been either 'eaten up' by farmers' input costs or capitalised into the value of farmland.

"On-farm profitability has improved somewhat, but not enough in most cases to improve the average return on assets despite the increased difficulty of managing what has become a more volatile business.

"Nor has there been a large improvement in the position of the downstream dairy processing industry, though the sector has done extremely well to defend or modestly improve its position despite the challenge of rising costs."

In reality, Harvey says, an era of strong demand and heightened prices for dairy has brought as many challenges as opportunities.

"Experiences for dairy processors have varied depending on the which part of the sector they have exposure to – despite a step-change in ingredient costs and, for many, a difficult market environment, processors have generally maintained or improved their margins.

"Outsiders looking to enter an industry now in a 'golden age' will need to carefully choose their investments.

Those already inside need to closely track industry direction and competitor moves to ensure they manage the risks adequately to position themselves to prosper."