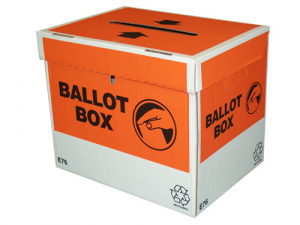 There's less than three months to go before the local body elections.

OPINION: In less than three months New Zealanders will vote in the local government election.

With sweeping changes facing local government, and the very existence of some councils under threat, farmers are being urged to step up their interest in the election campaign this year.

The rural roading network is also a crucial and often contentious area for farmers and their councils. Roading is by far the most important council activity for the farming community, and poor and deteriorating roads are one of the main concerns farmers have with the performance of their councils.

Council rating is another big issue for farmers.

Land and capital value rates tend to allocate a major share of the cost of council activities and services to a minor subset of the population - the owners of higher value property.

The Feds say that its advocacy on behalf of farmers shows rates regularly above $20,000 for average farming units, many on poor local roads or state highways, and some distance from many rates funded facilities and services.

This situation continues to worsen and is the biggest of all the stumbling blocks in terms of a positive relationship between councils and their farming communities.

Farmers believe there are, however, effective and positive ways that the system of property value rates can be adjusted locally to balance the contributions made by farmers compared to other ratepayers.

On Three Waters, Federated Farmers accepts the need for change to the way Three Waters infrastructure and services are delivered but remain unconvinced that the Government's compulsory mega model is the way to go. There is too much uncertainty and too many unanswered question.

So, farmers are calling for rural leaders with commitment, practical common sense and energy to consider standing for election.

It also wants all rural residents to put searching questions to those who would represent them in local government.

The local Government election on October 8 provides rural dwellers a chance to be daring.

Talk up core services, talk down wasteful, feel-good expenditure and big rates increases, and support farmers in these challenging times.

As the Feds say, fight for the right of local communities, not Wellington, to decide on how their local democracy functions.