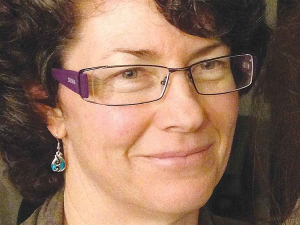 She says some farms in Hauraki Plains and Northland with cow condition are below what it would normally be this time of the year.

Morell, head of DairyNZ’s consulting officers in the upper North Island, says it is working with farmers badly affected by the drought.

“What we are saying to farmers is you may still grow out of the drought to a certain extent but you need to do a feed budget on a best case and worst case scenario and have a definitive plan,” she told Dairy News.

“The other thing is in terms of plans. We are saying work with what’s in front of you. But you really need to quantify what this is so that you can respond to what you have and haven’t got and so make sound decisions,” she says.

DairyNZ is also encouraging farmers to take advantage of a programme being run by the Ministry of Primary Industries (MPI), which offers farmers up to $5,000 worth of advice from consultants on how to manage their businesses next season.

MPI has already received over 100 applications for help through this programme.

“This could be a good year to take a look at the whole picture of your farming operation,” says Morrell.

“Is this the year that those niggly cows that haven’t quite made the three black marks yet are culled so that only the best animals are kept? This is a good time to stop and take stock and think about next season and plan. That in itself can relieve some of the worry,” she says.

Morrell says when the milk price dropped last time, there was a drop in cow numbers. She wouldn’t be surprised if this happens again given the feed shortages and market uncertainty.

Waikato dairy farmer and Federated Farmers Dairy chair Chris Lewis echoes the views of Sharon Morrell about the state of the drought in his region.

He says some areas are getting back to normal, but others, such as farmers on the Hauraki Plains are struggling.

Lewis, who farms near Te Awamutu, says his biggest problem is the wait to get rid of his cull cows.

“I am still waiting and waiting like everybody else - no special treatment.  I still have 130 plus animals to go and I have given up stressing. I am taking it as it comes, but it is just frustrating,” he says.

Lewis says he’s done a feed budget and recognises that he has next to no supplement left. With no feed and PKE prices high, he says he’s made the decisions to drop back stock numbers rather than try and buy in feed.

Dairy farmers have given a clear mandate to have an industry good body to represent and support them, says DairyNZ chairman Jim van der Poel.