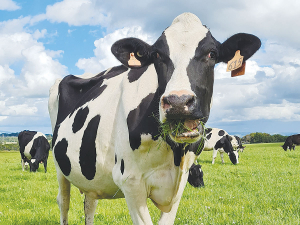 The Discovery Project, which genomically screens up to 300 of New Zealand's best Holstein Friesian heifers every year, aims to support the opportunity for breeders to develop top cow families and breed bulls for the AI industry.

Using advanced breeding technologies such as genomic testing, Embryo Transfer (ET) and In-vitro Embryo Production (IVP), the Discovery Project selects the best heifers of potential bull-dam standard early on in their lives, allowing all breeders the opportunity to have their pedigree Holstein Friesian bulls recognised by the industry.

Between 2013-2020, Discovery Project teams have delivered a total of 73 sires into LIC's Sire Proving Programme, with five of these sires going on to graduate into LIC's Premier Sires teams and be marketed.

Improved technology led to the establishment of the Discovery Project in 2004, identifying top genetic females within a nucleus herd situation.

"With the advent of genomic testing tools, the Discovery Project moved from first-calving two-year-olds to yearling heifers in order to fast-track selection," Wayne says.

"We were able to identify and capture new genetics earlier than ever before."

Wayne says thanks to the Discovery Project, animals that would have been overlooked 10-15 years ago - 'outliers' - are now being selected based on their genomic merit, rather than BW alone.

"It has opened up the field that way," Wayne says. "All members have the opportunity to nominate a heifer, not just the mainstream bull breeders.

"It allows us to make the most of the genetics within our herd book."

Any heifer calves born within the Discovery Project are free from any breeding restricton with LIC and can be nominated and screened in the hope they will be eligible to re-populate the programme.

From the 2014 Discovery Project team, Hillview Mega Pea S2F and Tronnoco B Sulana-ET have been consecutively contract mate from 2016-2022; as has MAH HDF Starstruck-ET S3F, from the 2015 team.

Wayne says these cows are good examples of the Discovery Project presenting opportunities for exceptional cow families to shine.