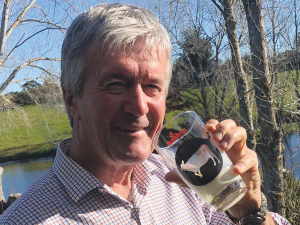 Minister of Ag Damien O’Connor is confident the government can work together with farmers to improve water quality.

OPINION: In the last few weeks I’ve attended meetings about the Government’s freshwater proposals and visited farms around the country.

I understand change of any kind can be scary, but people should be a little cynical about some of the misrepresentation taking place.

Despite what some might say, the Government doesn’t “hate” farmers and we’re not interested in destroying rural communities. That kind of “them vs us’’ talk isn’t helping farming families.

We are interested in improving freshwater quality, which farmers and urban Kiwis agree is necessary. Doing so will help protect our farmers’ international reputation for sustainably produced food and fibre and safeguard excellent commodity prices.

At the meetings, I’ve heard and respected farmers’ concerns about proposed nitrate limits, fencing and other issues in the water proposals. There is work to do after submissions close and I would expect changes.

I’ve been accused of not mentioning the good work farmers do. Rubbish. Since starting as minister I’ve proudly and regularly praised work including riparian planting, protecting wetlands, tree planting, fencing and limiting fertiliser use. Those things are happening now and are not hurting farmers’ profit.

I’ve spoken many times about the need for change in urban centres: the often disgusting state of Auckland’s beaches is a prime example.

But I’m committed to meaningful baseline targets for nitrate levels in rivers – in urban and rural NZ – because that is a social, economic and environmental imperative.

The targets which we finally settle on as part of the proposals will be met over time. I want to see change over a generation and for it to be part of the good work already happening. Rural communities will talk with regional councils about the timeframe for achieving targets.

To put the nitrate target in perspective, in many catchments the rivers are about or near the suggested level. Others will require greater effort, but I’m confident we can adapt by using best practice and technology to get there.

Last week, I visited several farms which have made environmental changes which did not hurt their profit. These things are being done, but we shouldn’t ignore that in some places improvements are required.

I reject the idea that the Government is doing nothing to help farmers. The Government set aside $229 million to spend on boosting advisory and extension services and setting up local groups so farmers can learn from each other about what works.

I’m talking to Beef + Lamb NZ, Dairy NZ and others about integrated farm plans to lessen workload. We’re investing tens of millions of dollars in tools including Overseer to help farmers.

The Farm Debt Mediation Scheme will be a safety net for farmers, and improvements to NAIT will help prevent some of the tracing issues we’ve experienced with Mycoplasma bovis. Soon we will release an industry backed plan to ensure the sector gets the skilled workers it needs.

Recently an independent survey found that the “urban/rural divide” is not the issue some make out.  People in cities are grateful and supportive of farmers’ work. Please be proud and talk to people about what you’re doing.

I understand farmers’ concerns, but I know good work is happening and I’m confident that by working together we can improve water quality over time.

• Damien O’Connor is the Minister of Agriculture.

Agriculture Minister Damien O’Connor says he would like to seem more emphasis on sustainable growth of the value -- rather than volume – of New Zealand exports.

Landcorp off the market

Landcorp will not be sold, nor will any of its farms.

Change or no change?

Ministers are “working on proposals” for revamping the Ministry for Primary Industries, says the Minister for Agriculture Damien O’Connor.