JCB takes on the world 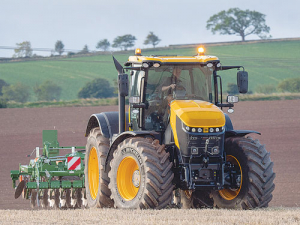 JCB has just released impressive financial results for the 2017 year.

Despite Brexit being foreshadowed as a handbrake on Britain’s exports to Europe, it seems the future holds no fear for construction and farm machinery maker JCB, which has just released impressive year 2017 financial results.

The global market is said to have risen by 21% in 2017, but JCB was ahead of trend with growth up 28%, much of it derived from big gains in its Loadall telehandler product range.

Production figures for the 2018 year are trending upward: daily production is 500 machines. This continued growth is said to be the stimulus for building a GBP 50m factory at the Uttoxeter base for cab production, scheduled for opening in 2019.