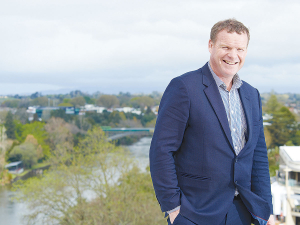 Rabobank has launched a new community fund to invest in the vitality of rural communities in New Zealand.

The Rabo Community Fund is based on the international Rabo Foundation, the banking cooperative’s social fund, which has operated for more than 45 years investing in farmers’ self sufficiency in a range of countries around the world.

“It’s not that we haven’t been doing this up until this point, but it actually dedicates a set amount and allows more transparency around that,” Charteris told Dairy News

He says the four New Zealand Client Councils, which are made up of farming representatives from Rabobank’s client base, have been a useful tool since they were started a little over a decade ago.

“We set up our Client Council network a little over a decade ago and over this period we’ve worked alongside them to develop a number of initiatives related to rural community challenges,” Charteris says.

He says the Client Councils have been helpful in the advice they give in decision making processes over the years.

“I get feedback and direction on issues that our clients are facing or opportunities that they seek, both from a business perspective but also from a community perspective.

“Now that we’ve actually got a dedicated fund, it just gives more certainty to some of those initiatives that we’re working with and we work on those together,” he says.

Charteris says the three initiatives that have been earmarked for funding – Financial Skills Workshops, Growing Future Farmers, and Surfing for Farmers – have already received funding in the past.

“We’ve been working on them for some time, it’s about how the new fund builds on that and a number of other initiatives that are already in play.”

The fund, like the bank itself, will operate under a cooperative structure where Client Councils identify and implement the initiatives being funded, while a five-person committee of Rabobank staff will oversee the performance and activities of the fund.

“We are a global cooperative, it’s important for us that we live and demonstrate those values and behaviours in our rural communities and engage with clients, making sure that what’s important for them should be and is important to us as an organisation,” says Charteris.

He says the fund is not intended as a grants program for individual farmers, but will be used to address wider challenges in agriculture and rural communities such as industry capacity, labour and skills shortages, and rural health.

Supply pressures are continuing to provide support to commodity prices.

Dairy commodity prices had a mixed performance in August 2021.

Despite significant turbulence in global beef markets, pricing for New Zealand beef remains strong and local producers are heading into the spring in a great position, according to Rabobank's latest Global Beef Quarterly report.