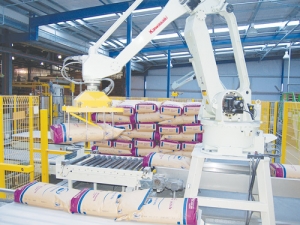 "It's likely this upturn in pricing is driven by opportunistic buyers who are aware that dairy product supplies at these low prices are unlikely to be as abundant moving into 2016," she told Dairy News.

She is cautiously optimist regarding last week's GDT result.

"The re-balancing of supply and demand fundamentals is a work-in-progress," she says.

"Critical to this progress is the European milk supply, which continues to pump additional milk into the export market. More positive, however, is the slowdown in US milk production growth, which will help to ease the current over-supply situation.

"New Zealand will also contribute to this supply contraction. Current production volumes for NZ are back 3% for the season to October 2015, compared to last season. Rabobank still expects a drop in NZ milk supply of around 7-10% by the end of the 2015-16 season.

"On the demand side, there is significant product in global inventory pipelines to work through yet, which may take some time.

"We expect to see stronger upward momentum in the second quarter of 2016 as the supply and demand dynamics improve."

Federated Farmers dairy chairman Andrew Hoggard says it was a little rise but a positive sign. Forward contracts for WMP rose 5% rise. But with US$3000/t for WMP still the "magic number", there is still a way to go, he says.

"For farmers it holds off the risk of the milk price being dropped but it is still no guarantee. It will still need some consistent rises to guarantee the current milk price and hopefully add a bit to it."

NZ's milk production is tipped by several companies to be 5-10% down. Everyone is saying it is going to be down, he says.

But from what he hears, the EU and the US still aren't getting the signals significantly. "Or if they are getting them they are thinking they will go and protest and that will fix it," he surmises.

Or they haven't drawn the correct conclusion that if people aren't willing to pay more for milk you don't produce more of it.

"In Europe the world price eventually flows through to them but it is often quite late in the piece. In America they struggle to see the proper world price.

The US has strong domestic markets but they are exporting a lot, he says. "Every time they increase production it generally ends up in export markets."

Everyone is talking about a pick-up in mid-late 2016, he says.

ASB rural economist Nathan Penny says they are sticking with the milk price forecast of $4.60kg/MS. The latest lift at GDT was in line with expectations.

He says dairy prices will move higher over 2016 but at this junction dairy markets and buyers are not in a particular hurry.

However the NZ production shortfall will bite. A market assumption that other producers like the EU will pick up NZ's slack is misplaced. Lost NZ exports are too big to cover, he says.