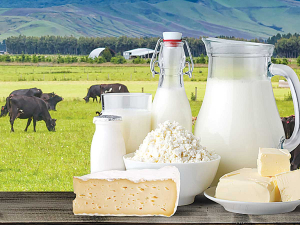 Dairy milk prices have entered 2021 with a strong trajectory

Whole milk powder (WMP) prices (in USD terms) have lifted almost 30% higher for the first four months of the year, compared to the 2020 average.</p.

But it’s not just WMP prices on an upwards track. Other commodities are on a similar course, with skim milk powder (SMP) prices smashing past the USD 3,000 barrier that seemed impenetrable for the last six years, reaching highs not experienced since 2014. Butter and anhydrous milkfat (AMF) have experienced an even steeper price resurgence, lifting over 35% each for the year so far.

One of the driving forces has been a weaker US dollar against a broad range of currencies, helping to push USD priced commodities – including dairy – higher.

However, it’s not all beer and skittles just yet. Year-to-date, the New Zealand dollar has climbed 10% higher than the 2020 average, with the stronger kiwi dollar taking some of the shine off export returns at a localised level. Driving these price gains is a complex cocktail comprising broader issues as the fallout from Covid-19 lingers on one year later:

Chinese demand for New Zealand dairy has been particularly voracious, with characteristics unique to the local dairy industry lighting a fuse under commodity prices.

Geopolitical stances and freight challenges have heightened food security concerns. Global milk supply has been underwhelming in the face of robust demand – particularly in Europe.

Government intervention across various channels has played a role in the elevation of dairy – and other food and feed commodity prices – across the globe.

Vaccination rollouts are beginning to lift consumer confidence, with some signs of life returning to the foodservice sector.

Demand in the driving seat

In this price rally, Rabobank anticipates demand to remain in the driving seat, with the strength of the upper range of Fonterra’s forecast Farmgate Milk Prices dependent on Chinese import demand.

In contrast to this time last year, most global economies will grow across the course of this year and into the next. The IMF has recently projected global growth at 6% through 2021 before moderating at 4.4% in 2022.

The overall speed of the economic recovery has been faster than the IMF had previously anticipated, but concurrently, economic growth is diverging across countries and sectors – very much influenced by policy settings and the extent of pandemic disruptions.

Key to our pricing assumptions is the expectation that the impact of widespread vaccination programmes should be felt by mid-year, helping to kick-start foodservice channels and providing a boost to global dairy demand.

While the economic improvements may not be uniform across all countries, we assume dairy demand will improve in key dairy foodservice markets like the EU and the US as restrictions on restaurants and cafes are lifted while we move through the end of the year.

China is the primary destination for New Zealand dairy products, receiving close to 40% of total dairy shipments in 2020. Furthermore, Fonterra’s Farmgate Milk Price calculation is largely weighted towards the prices of commodities achieved via the Global Dairy Trade platform – on which North Asia (which includes China) buys the vast majority of the products available. As such, a key factor to the strength of the new season forecasts hinges on the strength of Chinese import demand. Several complex factors are underpinning current Chinese demand. First, the Chinese dairy markets recovered quickly from the initial impact of Covid-19 – particularly for the white milk category. Strong white milk demand has led to a tight supply of milk for manufacturing, incentivising processors to import more dairy ingredients.

In addition, rising Chinese farmgate milk prices are making imports attractive (for now). The uptick in raw milk prices during the second half of 2020 followed a cyclical upturn that began in 2019 – and the milk price momentum has extended into early 2021.

Cyclically higher local milk prices emerged in 2019 due to years of modest supply growth, stemming from low milk prices between 2015 and 2018, as well as restrictions from implementation of an amended environmental protection law between 2016 and 2018. This tightened the local supply and demand balance of the Chinese market and finally started to drive the need to incentivise investment into expansion of local dairy farms in order to grow milk pools. Finally, feed prices in China are at multi-year highs.

Surging demand for more feed grain to rebuild the hog herd has been a major cause. High prices have been further fuelled by the impacts of a structural deficit in supply resulting from a decline in corn plantings and corn reserve depletion over the last several years.

As feed costs have lifted, so too has the milk price in China, with both the average and corporate farm milk price following a similar trend and setting new records. Milk prices soared to historical highs in February 2021, leaping 12% YOY compared to the prior period.

Despite higher feed costs, margins for large dairy farms (responsible for approximately 50% of milk supply in China) remain very profitable – and so the milk has continued to flow. Rabobank anticipates milk production in China to remain in growth mode over 2021 at a rate of just over 6% YOY, with imported Oceania dairy heifers for ongoing dairy farm expansions lending a helping hand.

Ambitious plans to bolster the Chinese dairy herd could remain a theme for the coming three to five years (that is, barring prolonged adverse price downturns). There are multiple planned projects across China to add an estimated 1.6m cows to the herd over the coming years. One avenue of herd growth has recently been capped. In a recent announcement by the New Zealand government, livestock sea exports from New Zealand will be banned by 2023.

While livestock sea exports from New Zealand will continue in the short term, Australia now stands to gain market share from New Zealand’s exit of this industry. Besides the cyclical upturn of milk prices, China’s dairy expansion is also fuelled by a subtle shift in food security awareness as a result of geopolitical uncertainties that China has been facing in the last few years. This has prompted the Chinese government to move self-sufficiency decidedly higher on its food security agenda. While this has been primarily for food grains, there has been a spillover effect into categories of slightly lower strategic priority, such as dairy. There could be some future implications for New Zealand dairy exports.

Assuming that these projects go as planned, this could reduce China’s import requirements in response to the additional production capacity in the initial years, before production growth becomes more constrained again by resource availability, at which point, import requirements would start to grow again as demand catches up. Rising Chinese WMP prices have lifted in tandem with increasing raw milk costs required for local dairy production. In contrast, Oceania WMP has remained competitively priced – supported further by a weaker USD exchange rate. However, a portion of the price discount for dairy imports has been shaved to approximately 10% compared to local WMP, with a sharp jump in Oceania.