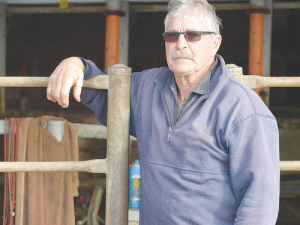 Australian farmer Brian McLaren has been a loyal Murray Goulburn supplier for 48 years but the latest price blow could be the final straw.

“Murray Goulburn has ruined me physically, financially and mentally,” says the Woolsthorpe farmer.

“I’ve had a gutsful. You can only get belted over the head so often; you can’t keep coming back.”

McLaren had hoped for an opening price about A$5.50 but more realistically expected A$5.30 with step-ups to boost it towards A$6 later in the year.

Now McLaren is weighing up options for transferring to another company, although he admits his choices are limited.

“I’m looking elsewhere now but my options aren’t great. We will look at Saputo or the Midfield Group or give it away.

“I’ve been a Murray Goulburn man for well over 40 years. I’ve been supplying them since the Grassmere factory closed and they initially came to the district.”

McLaren has spoken to his accountant and says he will make a “calculated decision” on his future. “We haven’t done the sums. We don’t want to jump out of the frying pan into the fire. It has to be a commercial decision.”

He remains frustrated about the cooperative’s problems.

“I understand they’re hamstrung in regard to what they can do, but I want to know why.

“If Saputo are trying to source millions of litres to run a cheese factory -- Murray Goulburn has one at Cobram; why can’t we sell the same product and chase an extra 10 million litres.”

McLaren (65) is now considering his future. “I’m working my arse off for nothing. I don’t mind working hard but I want to be paid for it.”