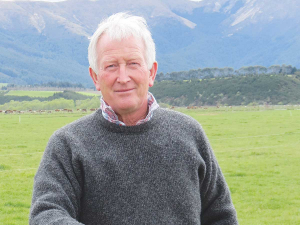 The new rules around winter grazing – especially in Southland – are rapidly becoming an election issue.

The National Party has said that if it gets elected some of the rules will be ‘gone by lunchtime’. However, National spokesperson on agriculture David Bennett says there is a need for a sustainable approach that encourages the constant improvement of waterways.

“Some of the rules that farmers are confronted with are draconian and set in Wellington and take no account of farming practice or need. We would work with farmers to get the right rules in place that farmers are comfortable with and can still achieve water quality measures,” he says.

Bennett says the rules as they stand are arbitrary and don’t take into account the different dynamics of regional farming practices.

Tinkering around the edges – that’s how the president of Southland Federated Farmers Geoffrey Young is describing the government moves to make minor changes to the new Essential Freshwater regulations.

Young says he’s grateful to see that the Government has recognised that it hasn’t achieved what it set out to do with the new rules. He says he’d like to see the whole of the water regulations scrapped and rewritten in its entirety. Young says there needs to be a bit more of a balance between environmental, social wellbeing and the economy.

Last week, Agriculture Minister Damien O’Connor announced that Cabinet had agreed to make some adjustments to the regulations – in particular around the rule on pugging at farm gates and around stock troughs.

He added that there will be other regulations that will need to be adjusted. “But the intent is very clear – to clean up our waterways. We’ve made real progress in the area of winter grazing. There are some challenges ahead of us but I’m confident we’ll get this right. Where the regulations are impractical or unclear we will continue to make adjustments,” he says.

O’Connor says the rules represent a change in practice for some farmers but says the Government will make sure that it achieves the outcomes that the vast majority of farmers say they want – better water quality, better animal welfare standards and making sure that we can sell good quality product to the world.

But despite O’Connor’s assurances, Young say there is quite a militant mood in Southland about the regulations and says more actions are planned. He says farmers who made submissions on the regulations feel frustrated that they haven’t been listened to.

“The ag sector has been shut right out and hasn’t had any input at all. You can’t have bureaucrats trying to tell you how to farm and that’s what we are up against. Farmers just throw up their hands in despair. What we need is farmer input with practical solutions,” he says.

Young says the whole philosophy of the regulations is wrong and says the focus should be based on outcomes and not regulations. He says if it was based on outcomes, farmers would do their own farm plans that would cover-off what mitigating actions they would be taking on environmental and animal welfare issues and the result would be better for everyone.

“Farmers recognise that they have to do better and if they are given ownership of the problem they will do better. We want a government we can work with – I don’t care which one it is as long as they are fair to all players.”

ACT and NZ First have also joined in the fray saying they share the concerns of Southland farmers.

ACT’s rural spokesperson Mark Cameron says farmers got the country through lockdown and the Government is repaying them with tougher freshwater regulations. He says there should be a focus on urban, not rural waterways.

NZ First’s Mark Patterson says any effort to ensure that the standards are realistic and practical is a step in the right direction.