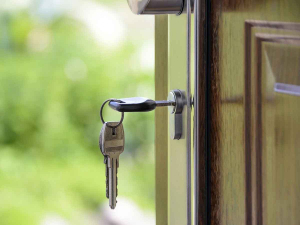 Feds dairy section chairman Chris Lewis says some people in houses on dairy farms are refusing to leave and there is nothing the farmer can do about it.

Lawmakers in Wellington came up with a blanket law that failed to take account of what normally happens in the rural sector. The law prevents people being evicted from a house without long notice, but failed to recognise that when a house goes with the job, as it does on many farms, that is known as service tenancy and has a known end point – in this case June 1.

The lawmakers lumped the two together and that is causing a problem.

Federated Farmers dairy section chairman Chris Lewis says this is causing angst for some dairy farmers and he’s fielded a lot of calls on the subject.

He says some people who are in houses on dairy farms are refusing to leave and there is nothing the farmer can do about it.

“In the end, new sharemilkers may have to stay in the houses of farmers in the meantime. We have written to various government ministers seeking an amendment to the legislation and are patiently waiting for some action.

“There are consequences because a lot of farmers have recruited people laid off in the tourism industry and have promised them accommodation, but it’s hard if the existing employee won’t move,” he says.

Lewis says they are encouraging farmers to sit down and try to get the people who are refusing to leave to do so on their own volition. But he says unless there is a law change, farmers may have to wait until the end of the notice period.

Meanwhile, Moving Day will still need to operate differently to normal despite the country now in Alert 2.

That’s the word from DairyNZ’s Sharon Morrell who says guidelines as to how farmers should operate on that day are on the DairyNZ website.

It’s estimated that up to 7,000 households will move on June 1. Counting people in households mean that about 20,000 people will be on the move

Morrell says the guidelines up on the DairyNZ web site are there to help people think though what is required. – Peter Burke