No place for gender bias in farming — Milne 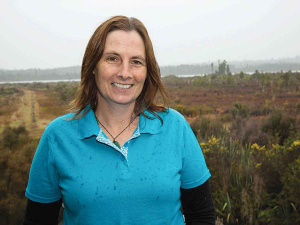 Former Federated Farmers president Katie Milne says having women in the farmer lobby leadership team is a reminder that NZ ag is about couples working together.

Milne, the first woman president of Feds, stepped down last month after serving her three-year term.

In her final speech at the Feds’ annual meeting, Milne said men and women bring their own perspectives and strengths to farming, neither being more important than the other.

“It’s useful to remind the rest of the country by having men and women – all working farmers – speaking for the organisation that those old newsreels of men out on the land on machinery and women confined to baking scones for the shearers is pre-war history, and even then it was a stereotype rather than the truth,” she said.

When the West Coast farmer was elected president three years ago, there was immense media attention.

However, Milne revealed that she wasn’t comfortable with the focus that the media took.

“I went with it, because it was an angle that won us air time and newspaper column centimetres, but I – and I know it’s the same with you all – have always believed that in Federated Farmers leadership, the right question is ‘what can you offer the organisation?’, not ‘what’s your gender?’.

“Nevertheless, I like to think I’ve brought my own stamp and personality to the role.

“Upon wider reflection, lately I have realised that being a woman in the role has helped other women think about stepping into leadership roles as it has proven that where in NZ you live isn’t a barrier and nor is gender.”

Milne said she received a lot of help from the public, the media and farming colleagues.

“The farmers who have picked up the phone to discuss an issue and those who have told me I’m right or wrong; the media who treated me kindly and gave me plenty of airtime to try and get key points about issues across.”

Milne believes there has been “excellent progress” bringing town and country to a better understanding of each other.

“We’ve used that phrase ‘we’re all in this together’ so well, and so often, as we’ve debated everything from global warming and water quality to biodiversity and job security that people have recognised the truth of it.

“Even town folk who no longer have any direct family connection to a farm have a better appreciation of what farmers are up against to make a living when they’re hammered by weather events, pest and disease incursions, and roller-coaster returns from an increasingly protectionist international marketplace.

“Hopefully the message that we are producing some of the world’s best and safest food, to the best of our ability while looking after the environment, given the current tools, knowledge and resources we have available, is finally getting through.”