No future without China 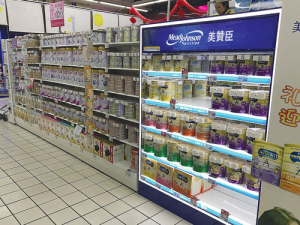 Keith Woodford says NZ infant formla manufacturers would need to change the way they make the product for China.

New Zealand's dairy farmer leaders have been told that while global demand for milk is great, there is no future without China.

Retired Lincoln University professor Keith Woodford told the Federated Farmers dairy conference that China is where “all the markets and opportunities are”.

“Europe and the US don’t need us, Africa can’t pay for it, so it has to be Asia and that’s where all the growth is occurring,” he says.

Woodford, who has visited China since 1973, says NZ continues to lack understanding of the China market.

“We have to work with China – spend more time in China understanding how the markets work and not repeating the big mistakes we have made there over the last 10 years.”

He also pointed out that NZ’s spring calving and grass-fed system work well for long-life commodities only, not for value-added products, including infant formula.

Woodford points out that infant formula earnings in China are greater than for whole milk powder but NZ remains a small player with Synlait and Danone doing well. Fonterra has failed to make a dent in China’s infant formula market which is dominated by European processors.

He says NZ manufacturers marketing infant formula state on the cans the manufacturing and use-by dates; this may need to change.

“We talk about milk being a 48-hour asset, then it becomes a liability,” he says.

“What’s the first thing done when your milk reaches the factory? It all gets dried and goes into a storehouse; six months later when things are quieter in winter, the first thing they do is add water back again.

“We won’t be able to do that for too long; the Chinese are onto that and the only reason they are not moving right now is because they manufacture that way as well.”

He says the industry should start thinking about how it would manufacture for such markets.

“We are the only country in the world to have this calving system; let’s start thinking about other options.”