Glimmer of light but keep toughing it out 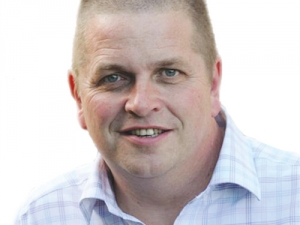 The unexpected slight lift of 2.1% in the GlobalDairyTrade price index last week was a tiny glimmer of light at the end of the tunnel, commentators say.

But it shows prices are still just flatlining along the bottom.

Economists are debating whether recent data show a slight slowing in production in Europe, but Rabobank warns that while European production growth will slow it won't drop, requiring the world market to find a new price balance.

Farmer representatives advise their peers to keep toughing it out, probably for another season or even two. And remember, they say, after any downturn in the business world an upward trend follows.

Kevin Bellamy, Rabobank's global dairy strategist, says the market outlook will remain weak throughout 2016, but with more upward pressure on prices heading into 2017.

Global dairy commodity US dollar prices have continued to stumble along a market floor largely determined by the level of EU intervention support, he says in the bank's quarterly dairy report.

The short-term outlook remains pessimistic. In the face of a cripplingly long price trough entering 2016, production growth in the world's milk production regions has continued to slow.

"Looking forward, the news is by no means all bad for the dairy industry," says Bellamy. "With the exception of Brazil—gripped by the worst recession in a generation—Rabobank sees dairy consumption continuing to grow in Asia, as well as in the US and EU."

Rabobank expects that, throughout 2016, slowing production growth will be matched by slow but steady consumption growth in most main export regions.

Westpac senior economist Anne Boniface says their view is that prices are likely to remain low for another few months yet. They are likely to bounce around current levels, and that was seen in the latest GDT.

"If you seasonally adjust the numbers it looks like they have come off a bit. But we interpret those with a lot of caution partly because a lot of those numbers are revised and they can often be revised upwards.

"It is early days yet but for the last month there have been preliminary signs of a slowing in growth.

"But we are very cautious; there is a long road yet because obviously there is a lot of supply still sitting there. Even if milk production is slowing, that doesn't mean prices are going to improve any time soon."

For next season Westpac is forecasting $4.60/kgMS.

ASB expects dairy prices to gradually trend upward over the coming season as NZ and European production respond to the current low prices and as Chinese import demand recovers.

Federated Farmers dairy chairman Andrew Hoggard says there is mixed commentary out there on the future. Some are predicting improvement towards the end of the year, others are looking towards at least another tough season followed by another tough but slightly better one.

"I am playing cautious and planning on two rough ones."

Fed's national dairy vice-chairman Chris Lewis reckons the latest auction shows there is light at the end of the tunnel.

"But till we get there, we need to slog it out for a bit longer," he says.

"I know farmers are sick of reading about what they should do -- budgets, cutting costs, etc. Still,
the most important thing is to stay positive, surround yourself with like-minded people, who see a future -- just a little different with a new road map for success.

"This downward cycle is not exclusive to the dairy industry or wider primary sector. It's the nature of business and from every downturn it's likely there will be an upward trend in the making.

"We need to keep positive and hang in there till it comes."