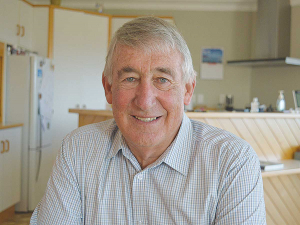 Bateup says the costs for fertiliser, fuel and feed have risen dramatically and says farmers are becoming nervous about supply chain issues and the ongoing effects of the Ukraine crisis which could see the price of grain world-wide rise.

He says there's concern about what effect a high grain price might have on milk and beef production in those jurisdictions, such the US and Europe where grain is a significant component in feeding cows and cattle.

He says as well as the international issues, farmers have been dealing with significant adverse weather events, be they floods or droughts.

"The Rural Support Trust is still getting a number of requests and these are slightly up; overall I think the general mood of farmers is not good," Bateup told Dairy News.

"Covid has caused a lot of issues. People haven't been able to get off farm and some are reluctant to do so. As a result they haven't connected with friends and neighbours.

"A lot of events have been cancelled or not well attended because people are unsure about going out. The recent rain in the Waikato will probably have lifted the mood because farmers can actually see the rainfall, but it's still going to be hard to get there."

Bateup says the situation varies from farm to farm and depends on the farming system being used.

He says people will be looking more long term rather than short term and seeing what tweaks they can make to the system, not making wholesale system changes, which is not easy to do.

He says farmers have to take a good look at costs and returns to see where the opportunities are and see whether or not they can make money by using supplements now or focusing on next season.

"There have probably been more supplements bought and fed this year, mainly because of the good payout for meat and milk. People are prepared to pay for supplements if they can see a dollar in it for them, but the costs are going up dramatically in the feed sector, so next year will be a different year. Silage is certainly in short supply and while there are supplies of PKE available, prices are high. And in some of the drought-hit areas, grazing options are limited," he says.

All this, says Bateup, points to the fact that right now the options are limited.

He says while some dairy farmers have engaged in some form of diversification, he's seen very little of this where he lives in the Waikato. What he has seen is owners of some of the small dairy farms calling it quits and just grazing cattle or diversifying into bull beef.

"A lot of cows have been dried off and farmers are making decisions about next year and not jeopardising next year's production. I think farmers see past that opportunist type of thing and the majority are planning well for next season," he says.