Catchment projects need to be farmer-led 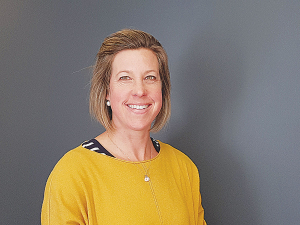 Catchment projects need to be farmerled, according to Louise Totman, who coordinates the Rangitikei Rivers Catchment Collective.

Totman says the decision to join the collective needs to be a farmer-led initiative on behalf of the sub-catchment group.

The Rangitikei collective is an umbrella for 17 sub-catchment groups, covering 700,000ha across the Rangitikei, Turakina, and Whangaehu river catchments. Recently it received $910,000 in Government funding.

“We don’t do a big push to get these groups up and running,” she told Dairy News.

“Obviously, we’ve had a few that have been going for two to three years. So, we’ve only started off with a small number and it’s probably only through word of mouth that other groups have jumped on board.

“We support and we encourage them but we don’t run their group. So, it needs to have that enthusiasm of a leader or two leaders that are going to get that ball rolling and keep it rolling,” she says.

“You can’t get everybody,” she says. “You can’t make them but hopefully they’ll catch wind of the opportunities that the members are having within that group and they might realise that they’re missing out on something.”

Totman says the collective work on several projects but the biggest one is monthly water testing.

So far, she says the collective has spent approximately $60,000 on the water testing alone.

“We’re undertaking that every month and every month we’re doing about 64 different sites across that area.”

Totman says the funding will go towards creating workshops at field days and getting experts in to talk to catchment group members.

“We’re sort of building up towards the next two and a half years of spending that money that we’ve been allocated.

“So, up until now, it’s all just been sub-catchment projects but probably not on a catchment scale,” she says.

Totman says that all of the farmers within the sub-catchment groups have a goal of ensuring that no cattle find their way into waterways.

“Up here we’re really lucky that we do have the SLUI [Sustainable Land Use Initiative] plans, they are all funded by Horizons if you’re on the right country for it.

“It’s that most at risk erodible hill country, but we’re really lucky that most of the farmers in these sub-catchment groups… have already got these plans.”

A decade of diversity

Establishing a collective voice and providing an opportunity for the North Canterbury community to have a say on freshwater are some of the reasons behind the formation of the Sefton Saltwater Creek Catchment Group which celebrates its first anniversary this month.