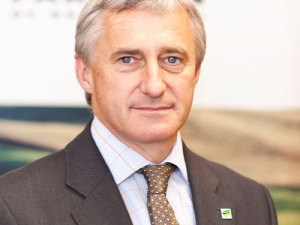 Farmgate and commodity prices are weighing heavily on farmers' minds.

The global economy, including China's problems, and continuing weakness in commodity prices are affecting farmers' expectations about general economic conditions and their own fortunes, both of which remain stuck near their mid-2015 low points.

By far the biggest concern for farmers is commodity and farmgate prices, cited by 48.2% of farmers. This was followed by the weather, with 14.6%, and regulation and compliance costs, with 11.0%.

At the time of the survey, Fonterra's forecast milk price was $4.60/kgMS but it was coming under pressure from prolonged weakness in dairy prices. It has been cut subsequently to $4.15/kgMS.

"Resolution of the imbalance between global supply and global demand is taking longer than expected and is not helped by strong growth in EU subsidised production and China's economic problems. Most dairy farmers continue to expect tough times ahead.

"Apart from some welcome rain in mid-January, many farmers have experienced another dry summer with the South Island drought declaration remaining in force after being extended recently. Sheep farmers sent more stock to slaughter earlier than usual, reducing schedule prices, while international beef prices have fallen off their earlier highs."

Rolleston says production expectations have been hit hard by the low dairy pay-out and by the weather.

"Overall, the difference between those expecting to increase production and those expecting to reduce it is almost zero, which is by far the lowest since the survey began in 2009. For dairy farmers the indicator has plunged into negative territory," he says.

More farmers expect to increase debt than reduce debt. Again, this is especially so for dairy farmers who are worried about their cash flow over the coming months, but it has spread to the other sectors.

"The support of banks will be important over this challenging period and Federated Farmers will continue its quarterly member surveys on banking relationships and behaviour."

The survey also revealed that farmers' highest priority for the Government is regulation and compliance costs, with 19.7% either mentioning it generally or raising specific hot topics such as health and safety and the RMA.

This was followed by trade policy, at 10.3%, with farmers calling for pushing to reduce EU subsidies and opening up new markets. No other priority attracted more than 10 percent of respondents, with numerous others evenly spread.

"We can only hope that 2016 sees commodity prices recover and some kind weather come our way," says Rolleston.