Primary exports on the increase 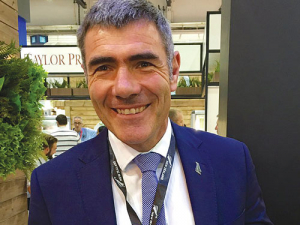 The forecast is up $0.8 billion on the previous December forecast.

“This is the first time MPI has produced a quarterly update of its Situation Outlook for Primary Industries (SOPI) which will give us a more accurate picture during the year,” says Guy.

Next year overall primary sector exports are expected to grow by 9.7% to $41b.

“This year is likely to be more challenging for the sheep meat sector with market volatility and the UK’s exchange rate fluctuations.

“So the government is strongly supporting the meat industry through the Primary Growth Partnership, with about half the funding going to red meat projects. Access to China for chilled meat is also a major positive, along with renegotiated access to Iran.”

The SOPI report was released by Guy at the Te Hono National Summit for primary industries leaders in Christchurch last week.