$8 lamb on the cards 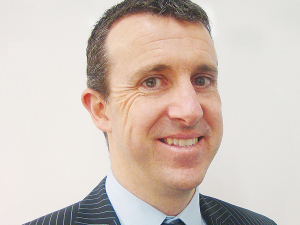 He notes prices have lifted 80 cents/kg since their low for the year in March.

“Moreover, prices look on track to crack $8.00/kg again in the spring,” he says.

A variety of factors are driving lamb prices higher.

Firstly, on the demand side, African swine flu has ripped through the Chinese pork industry, with reports of up to 250 million pigs being slaughtered as a result. Chinese consumers have had to switch to other proteins such as lamb.

Secondly, lamb supply remains tight both in New Zealand and Australia: increasing numbers of conversions of sheep/beef land to forestry in NZ will reduce lamb supply over the coming few years.

“While not necessarily a good thing for the sheep industry, these conversions will nonetheless underpin lamb prices for an extended period,” Penny says.

Prices were above $7/kg carcase weight level for most of the season and livestock agents had to work hard to keep lambs flowing through to processors this year, she says.

The number of lambs processed this season (to mid-May) is 5% lower than last season. Beef + Lamb NZ estimates 19.05 million lambs will be available for processing in the year ending September 30, 2019. Typically by this point in the season 75% of the available lambs will have been processed, Kilsby says.

“It is debatable whether another 4.7 million lambs will be on the way given likely retention. The increase in profitability in sheep farming in recent years has pushed ewe prices up and so more ewe lambs are likely to be retained for expansion purposes.

“The lambs processed this season have killed out 0.6kg heavier on average than normal. This additional weight has also bumped up returns to farmers by another 3%.”

ANZ’s Susan Kilsby says it has been a tougher year for lamb finishers as the supply of store lambs has been meagre at times.

But short term pressure on pasture growth at certain times created opportunities for buyers who had feed on hand.

She says the strength of the lamb market remains underpinned by growing demand from China for a range of meat cuts.

“In recent years strong demand from China for mutton and the poorer quality lamb cuts have bolstered overall returns.

“But we are now seeing increased demand for higher value cuts from this market as well.

“Despite the uncertainty that persists on the Brexit process, and the weak economies of Europe, demand and pricing for NZ lamb has been stable in these markets.

“The stability from this market, combined with the buoyant Chinese market and the lower NZD, has supported farmgate prices.”