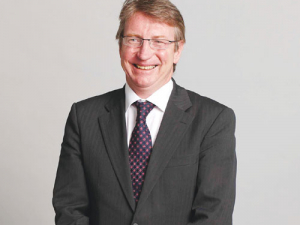 Listed Australian dairy processor Bega Cheese attracted an extra 100 million litres of milk during the second half of last year.

The 25% volume growth during the same period in 2016 came mostly from disgruntled Murray Goulburn (MG) suppliers switching to Bega.

In its half year results last month, Bega said it made 19% more cream cheese and 33% more mozzarella from the extra milk.

But the movement of suppliers from MG has slowed and competition for supply remains fierce among all major processors including Fonterra.

“Murray Goulburn is rewarding suppliers staying back, so the movement has slowed down,” he says. “We’re not seeing the significant movement of suppliers seen earlier.”

Irvin says the business has performed well, particularly given the high cost of recent acquisitions and the highly competitive business environment.

Bega’s opening milk price for 2017-18 season is A$5.62/kgMS. Milk production in Australia rose 3% in the second half of last year.

But Irvin says circumstances of the last two years have affected the confidence of dairy farmers.

Caught out by low global dairy prices, MG said it had paid farmers too much for their milk and began a deeply unpopular ‘clawback’. Frustrated farmers switched to rivals after MG slashed milk payments.

MG has since closed factories, fired top executives and will soon be sold to Canadian dairy giant Saputo.

“It will take time to recover; it’s great to see the dairy industry coming back with the 3% milk production increase in the first half of this financial year.”

Fonterra has sold its 9% stake in Australian cheese processor Bega Cheese for A$74 million. 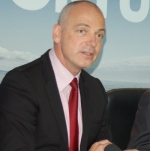