Value of dairy exports down 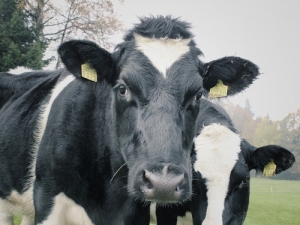 Falling prices, rather than lower volumes, have pushed down the value of dairy product exports.

Falling prices, rather than lower volumes, have pushed down the value of dairy product exports over the past two years, Statistics NZ says.

The value of exported dairy products fell $1.5 billion between the December 2013 quarter and the March 2016 quarter, down 37%.

The lower export value was driven largely by price, as the volumes of milk products exported have remained relatively steady.

The percentage of New Zealand's annual export value that comes from dairy has generally increased over the last decade, Statistics NZ says. However, in the most recent year from 2014 to 2015, it dropped from 32% to 26% of New Zealand's goods exported. The main contribution to this fall in value was milk and cream, which includes milk powder. Butter also fell, while cheese rose 5%.

Most of New Zealand's dairy product exports are sold by Fonterra. Their forecast farm-gate milk price for the 2016/17 dairy season is currently $4.25/kgMS – well down from the peak of $8.40/kgMS, in the 2013/14 season. According to Dairy NZ, for the average New Zealand dairy farm to break even, the price needs to be $5.25.

The prices dairy cattle farmers receive (the output prices) are at a nine-year low. They have fallen by more than half since the recent peak in 2014.

With lowered milk-solid payouts due to weak international demand and increasing global supply, the number of dairy cattle decreased in 2015, for the first time since 2005. Agricultural production statistics show there were 6.5 million dairy cattle at 30 June 2015, down 213,000 (3%) from the same time in 2014.

Canterbury has seen a 42% increase in livestock per hectare in the past 15 years as the region farms more dairy cows over sheep.

Milk powder rose $48 million in value in January 2017, despite the quantity exported falling by around 19,000 tonnes or 9.4%, Statistics New Zealand says.

Dairy products led a rise in total exports in October, but meat and offal exports were down from the same month last year, Statistics New Zealand says.