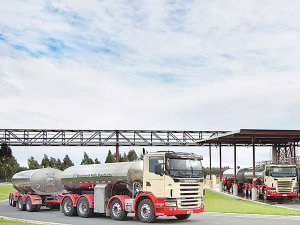 Westland shareholders have agreed to sell the co-op.

Most shareholders saw the sale, decided at a special shareholder meeting at Greymouth, as sad but inevitable. One described the meeting as a “pre-funeral party”.

Buller farmer Bede O’Connor – a former Westland board member and brother of Agriculture Minister Damien O’Connor – said it was a disappointing day. “Co-ops are about being intergenerational.”

As a director for four years, O’Connor said he was putting his hand up to agree that he should have done better. Directors should feel responsible, he said.

“If anyone sitting on that board thinks they couldn’t have done better, well they’re not being truthful to themselves.

“At the end of the day we’ve delivered, as directors of a co-op, a failed result because we haven’t allowed the co-op to continue through the generations.”

O’Connor said farmers had to vote for the sale because they had “a whole lot of guns at their heads”.

The large turnout showed how much financial pressure was on them, with properties losing value and farmers losing equity.

But Bede O’Connor said Yili’s promise of 10 years of milk payouts matching Fonterra’s was a positive.

Barrytown farmer Richard Reynolds said there was a “strange” mood at the meeting, which he called a “pre-funeral party”.

“It wasn’t a mood of celebration or disappointment, it was a mood of job done.”

With farmers now due for hefty payouts, for some it means the chance to fight another day, he said.

Reynolds said there are lessons in the co-op’s demise for all New Zealand and all its cooperatives. But he could see similar mistakes still being made. “I don’t think there’s going to be any lessons learnt from this by the wider industry. They’re all going to say ‘bunch of rough-arse West Coasters -- they were never going to succeed. Move on’.”

Reynolds said the share value had been “a complete and utter disaster” but he believed one of the main problems was the conflict of interest between the directors with their own businesses, and their running of the co-op business. “They seem to separate that very poorly.”

Reynolds cited two reports on the co-op which offered concrete evidence that it wasn’t being run well. One report, by governance consultant Richard Westland, had rated the board performance as ‘average’. The second report had contradicted earlier advice that the plant was in good condition.

Dave Nolan, who milks 500 cows at Whataroa, was another who voted ‘yes’ but said the situation was “a bugger”.

Nolan said there was rancour among many farmers over the decision by big shareholder Southern Pastures to abstain from the vote. Farmers wondered why Southern Pastures had invested in Westland last year when it was “already stuffed”.

Southern Pastures had sold Fonterra shares for $23 million, spent $6m buying into Westland and would now pick up $13m from Yili, said Nolan. “If they’re not going to vote why would they take the money?”

Westland board chairman Pete Morrison was upbeat following the decision. The high turnout and support for the sale showed they had run a good process and it was a good day for Westland, he said.

“It’s the cooperative gone. But we need, and the West Coast farmers need, a competitive milk price. We couldn’t deliver that and we were going to have retentions on top of that.

“There’s no point in maintaining a cooperative if all your farmers are going to go broke underneath it and that’s what would’ve happened.”

Morrison said that when the board began the review which led to the Yili offer, they well knew that all Westland farming families needed a competitive milk payout.

“The offer of $3.41 per share is significantly higher than the independent adviser’s valuation range ($0.88 to $1.38 per share) and the milk supply commitment ensures a minimum price for 10 seasons of at least the Fonterra farm gate milk price.

“The board recognises that the vote today is an important milestone in Westland’s history. While Westland will cease to be a cooperative, the board believes the proposed transaction represents the best available outcome for shareholders.”