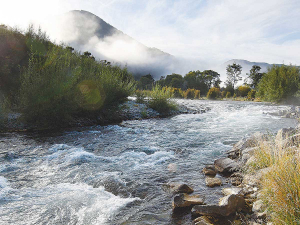 Public attitudes are very strong on environmental issues such as clean water and that is driving policy according to the Director of the Farmed Landscapes Research Centre (FLRC) at Massey University.

He says calls for action on this and other environmental issues are coming from a broad cross section of society and they are being motivated to do so based on the situation in NZ but also other climate related events overseas – such as the Australian bush fires.

But he says not everyone in society understands the issues.

“We deal a lot with schools and even there you have got some people there who are really environmentally strong and focused, but some that haven’t got there yet and haven’t made that change. It is the same when we talk to public bodies - there is a difference of opinion there as well,” he says.

Anderson says the science to deal with such issues has always been there and that a lot of good science has been done over a long period.

He says the FLRC has been heavily involved in this work and says the great thing is that they have been given the independence to do the science without any interference from other organisations or groups.

He says while some countries such as Ireland have similar environmental issues, their regulatory system is more complex because it not only has to take account of local issues, but has to do this within the wider European Union rules.