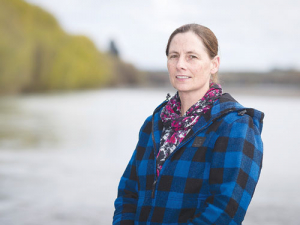 Federated Farmers is extending its “deepest sympathy” to the family of a four-year-old boy found dead in a farm effluent pond near Harihari in south Westland.

Reuben Nolan was found in the pond at 4pm on September 15, after being reported missing about 1.30pm.

Police said a number of people including volunteers and family took part in the search. The death will be referred to the coroner.

Reuben’s mother, Jenna Marie Thomson, had posted on Facebook asking for help to find him. Her Facebook page now carries dozens of condolence messages from far and wide, some from people identifying themselves as complete strangers.

“I’ve had comments from farmers all over the country; their hearts are just bleeding for these people,” said Federated Farmers president Katie Milne.

Milne, herself a West Coast dairy farmer, said she knew the family and knew they had “a lot of support around them at the moment”.

Westland mayor Bruce Smith described Harihari, population 350, as being in a state of shock.

One of the boy’s grandfathers, Bryce Thomson, was a former deputy mayor of the district. They were a well respected family on both sides, said Smith.

“The Nolans are huge in south Westland, so are the Thomsons.”

DairyNZ said the incident was an incredibly sad tragedy.

“We don’t know the circumstances of this tragedy but we know the wider farming community will be doing everything they can to provide support as farming is a close-knit community.

“We also know that farmers will all be giving their children an extra hug at this time.

“This tragedy is a reminder of how important it is to keep all people onfarm safe because the consequences can be devastating if we don’t.

In 2009, Palmerston North coroner Tim Scott called for strict fencing rules on sharemilkers’ accommodation, following his investigation into the death of a three-year-old girl in a dairy effluent pond at Kapuni, Taranaki. However, coroners’ recommendations are not binding, and the industry’s response has been to encourage and educate farmers on voluntary safety measures.

An industry leader referred to the many hazards on farms, not just water but animals and machinery. “The normal best practice is to fence the house and yard to a high degree.”

The DairyNZ website has guidelines on securing effluent ponds, although they are recommendations, not legal requirements. They include:

- Fencing: all effluent ponds should be fenced off with a netting fence to prevent stock and children from accidentally falling into the pond. Locked gates are essential and electric fences can also be used.

- Escape ladders: all ponds should have at least one permanently placed ladder or alternative escape means in case a person falls into the pond. Farmers can also have a life buoy available in the area.

- Signage: warning signs should be used to keep people out of the area but direct communication with people is important too.

- Anchor points: pontoons should have anchor points to improve stability.

- Communication: talk with children, farm staff, contractors, visitors and family about effluent pond risks and how to keep safe.

Visa applications for migrant dairy workers are being declined over a contentious 40-hour working week requirement by the Government.

Federated Farmers is urging the Government not to try and push through radical reforms of the Resource Management Act (RMA) during the current pandemic.