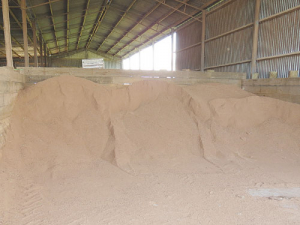 Most farmers are maximising pasture, the cheapest form of feed on farms, he says.

“We all grow grass so there’s no need to throw PKE in there…grass is the cheapest form of feed so maximise that; it’s common sense,” Hoggard told Dairy News.

His comments came as Fonterra wrote to farmer suppliers last week, outlining it will be establishing a demerit-based grading system from June 2018.

After more than 100 shed meetings across the country, it has a test for fatty acid changes caused by PKE.

The test, called the Fat Evaluation Index (FEI), was rolled out across the tanker system and all farms nationwide in April this year. Farmers have been receiving results dated back to January this year.

“This timeline meets our earlier commitment and gives all farmers a full season to understand how PKE use affects the FEI results for their farm and time to adjust their farming systems to meet the cooperative’s limits.

“Over the next weeks and months, we will consult with farmers to finalise the grading system details, using our existing grading framework as a basis.”

Fonterra farmers will be told by the end of December.

“For this season, the current FEI levels remain a guideline only and there will be no demerits,” says Hurrell.

Hurrell says most appreciate the need for the co-op to optimise its production capacity.

“However with 10,500 shareholders there will be some who will have a negative feedback to the proposal,” he says. Hoggard says results from his farm shows there is no need to change anything.

“We feed our cows little bit of PKE each day so for my farm there’s nothing to worry about.”

Hoggard says he has seen some farmers tweet their results, which were “in red”.

“These farmers would need to make changes.”

Hoggard says Fonterra has been flagging the issue since 2015 and farmers should not be surprised.