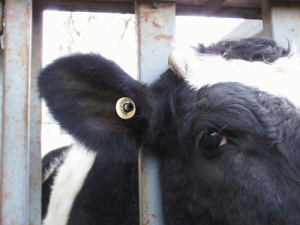 National Animal Identification and Tracing (NAIT) compliance is increasing, but some farmers are continuing to break the rules.

Manager of Compliance Investigations Gary Orr says the joint operations have been running around the country to check compliance with NAIT requirements.

“We’re pleased to see knowledge of the NAIT scheme has increased in the wake of the Mycoplasma bovis response, however some farmers are still ignoring their legal obligations,” says Orr.

“The Mycoplasma bovis response has highlighted the importance of tracing animal movements and having complete and accurate information available.

“It is critical all farmers comply with NAIT and track all animal movements on and off their farms. Those that aren’t are putting the rest of the industry in jeopardy.”

Orr says MPI and NAIT Ltd are increasing their focus on compliance with NAIT requirements.

“Both organisations have significantly stepped-up their efforts to detect instances where animal movements have taken place without being recorded in the NAIT database.

“Since the start of the year MPI has undertaken around 200 NAIT compliance checks on farms and saleyards where cattle or deer are present.”

In addition, MPI has conducted 19 proactive compliance operations across the country, including during the moving period and Operation Cook Strait in March.

“As a result of these operations we have issued a number infringement notices and written warnings.

“We are conducting further enquiries on stock movements and currently have eight active investigations underway. These may result in further infringement notices being issued.”

Orr says NAIT Ltd has begun an analysis of NAIT data to identify those farmers who continue to offend.

“Any farmers who have breached the requirements of the Act will be sent a warning letter by NAIT Ltd. If they do not meet their legal requirements within 30 days they will be referred to MPI for further enquiries.”

Operations continue at various locations throughout the country through random inspections at key livestock depots, transit points and livestock exchange or saleyard points.