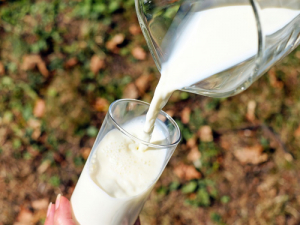 Milk powder exports falling in August have contributed to a 8.7% fall in the monthly value of exports.

Milk powder exports falling in August have contributed to a 8.7% fall in the monthly value of exports when compared with August 2015, Statistics NZ says.

Milk powder exports fell in August 2016 to the lowest level since August 2009.

The milk powder, butter, and cheese commodity group fell $135 million from August 2015, with milk powder leading the fall (down $90 million). All top destinations of milk powder fell in value and quantity, with both China and the United Arab Emirates seeing a drop in value of over half.

Falls in other commodities such as fruit, wool, casein, and mechanical machinery contributed to the fall in exports, which was down $323 million (8.7%) from August 2015.

“The large fall in export value this month comes off the back of high export volumes in the June quarter,” international statistics senior manager Stuart Jones says. “Logs are the only major commodity to continue high volumes and values through to August.”

Logs, wood, and wood article exports offset part of the fall in exports, rising over $100 million. Led by untreated logs, the commodity group hit a new high for export value and was up 3.7% from the previous high in August 2013.

With exports falling more than imports this month, the trade balance was a deficit of $1.3 billion (37% of exports). Including August 2016, in the past 10 years there have been seven months with deficits larger than $1 billion. Three of these were August months.

Strong export volumes in the June 2016 quarter meant the large trade deficit this month had a smaller impact on the annual trade balance than it otherwise would have. For the year ended August 2016, the trade balance was a deficit of $3.1 billion.

This release focuses on our goods trade. For the year ended June 2016, goods made up 70% of total exports, and 74% of total imports. Goods and Services Trade by Country: Year ended September 2016 will be available on December 2, 2016.