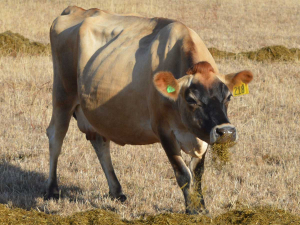 Feed is becoming a major issue for drought-stricken farmers.

Preparedness for dealing with acute adverse climatic events is going to have to be a part of mainstream farm practice, says Agriculture Minister Damien O’Connor.

With climate change, farmers can expect more acute events and the challenge will be dealing with them. He says some farmers are already doing this through good planning and management and others will need to do the same

His comments follow his decision to declare a medium size adverse event in the Gisborne, Manawatu, Rangitikei and Tararua districts. Already there have been similar declarations in Northland and the Waikato.  The declaration means that $150,000 will be made available to support rural people through local organisations such as Rural Support Trust

“Generally the whole of the top of the North Island is dry and it’s spread slowly south and the Tararua and Rangitikei are also now very dry with most of the farmers struggling with a lack of feed. In the Gisborne district, Ngatapa, Rere and north of Tolaga Bay have received little rain with dams running dry, feed availability low and farmers facing long delays in getting stock to the works.

In the Tararua district, the extremely dry summer has affected river levels and particularly hit some areas near the Ruahine ranges that normally receive better summer rainfall. Stock water supplies as well as domestic and municipal water supplies have come under extreme pressure.”

O’Connor says it’s now very bad in the Waikato and farmers are facing challenges in getting cull cows killed due to demand for space at freezing works caused by the corona virus crisis. He says the meat companies are aware of this problem and are working collaboratively to mitigate the situation - in some cases they are resorting to using refrigerated containers to store meat.

O’Connor says he’s aware that farmers are having to buy in feed – something they would not normally do this time of the year. He says other may have difficulty sourcing feed, but he says Federated Farmers is working on this issue and doing a good job.

Despite the challenges being faced by the farming sector there is no thought of making direct payments to them – rather the approach being to channel assistance through Rural Support Trusts and the like.