Earnings to bounce back 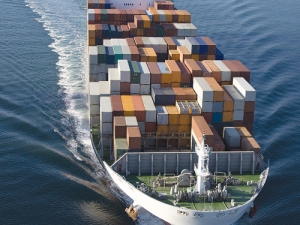 The Ministry for Primary Industries predicts the dairy industry will take four more years before it equals the record $17.7 billion it earned in exports in 2014.

Milk solids production fell last season but is expected to stabilise this season and rise over the next four years.

China remains a major influence on the NZ dairy trade; it takes 22% of exports. (Next highest is the US.) China is the number-one market for NZ whole milk powder, skim milk powder, butter, anhydrous milk fat and cream products.

The report notes that though NZ's exports of WMP to China were down, we found other markets, albeit paying less than China. MPI predicts the Chinese market will start to pick up in the December quarter of this year.

Despite the predictions of better times ahead, all commentators are warning that ultimately the value of the NZ$ may be the key influence.

While some of the report's content could be construed as less than satisfactory, the primary sectors on the whole have a phenomenal opportunity, MPI says.

Jarred Mair, director of sector policy, says while it's tempting to be fixated on the 2014 dairy export result, it's important to realise this was an exception. "We are seeing [a predicted] return to those levels through this forecast period, which at 34% is a big gain over four years, and much of that is value rather than volume which is exciting."

Opportunities are coming in areas where NZ has not traditionally been, especially high value processed products where NZ will have a competitive advantage, such as the hospitality sector.

"NZ has the strength of having had a market led economy for a long time and knows how to adapt and respond to challenges at the macro level. For example, when the slowdown in China occurred we were able to redistribute dairy product around the world very quickly and still sell it. Yes there was a drop in price but we were able to sell it."

The dairy downturn will make it harder for the Government to achieve its much publicised goal of $64b primary sector earnings by 2025, the report says. MPI's predicts that by 2020 total primary exports will have reached just $44b; for exports to reach the $64b will require 9.5% annual growth. The current growth rate is 3.3%.

But MPI minister Nathan Guy says the doubling of primary exports was always going to be an aspiration – a target. He hasn't given up hope yet.

"We know we will need a tailwind to get there and a whole lot of projects to come together. But if all those things line up with a tailwind we will get there – but it won't be easy."

Volatility is ever present and when one sector gets hit another booms.