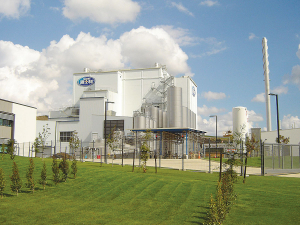 Danone has been cleared by the Overseas Investment Office (OIO) to take an indirect shareholding of up to 65% in Yashili New Zealand.

Danone currently has an indirect shareholding of about 30% in Yashili NZ.

The application was made by Danone Asia Pacific which is a wholly owned indirect subsidiary of global food and beverage company Danone SA. The French listed company has a 44% US public shareholding.

Yashili NZ operates a dairy production plant in Pokeno, Waikato. The OIO says the land is not considered sensitive under the Overseas Investment Act.

“The applicant has satisfied the OIO that the individuals who will control the investment have the relevant business experience and acumen and are of good character,” the OIO says in its decision.

“The applicant has also demonstrated financial commitment to the investment.”

Yashili NZ Dairy, a joint venture between Yashili and Mengnui established in 2012, has $220 million invested in its dairy plant in Pokeno. It has capacity to produce 52,000 tonnes a year of infant formula.

French global food company Danone says it will spend NZ$40 million on its Nutricia spray drying plant at Balclutha to achieve net carbon neutrality there by 2021.