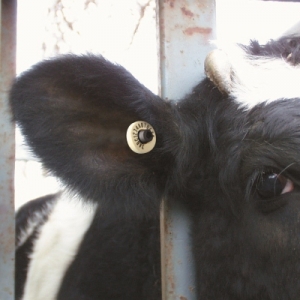 DairyNZ welcomes the decision of National Animal Identification and Tracing (NAIT) to reduce the tag and slaughter levy on cattle from March 8.

"This is good news for farmers. We've been working with NAIT to ensure that it's as low cost and farmer-friendly as possible," says DairyNZ's chief executive Tim Mackle.

"Farmers have responded to NAIT even better than we expected. The high uptake is an indication that farmers, as we knew they would, see the benefits of traceability in terms of increasing our preparedness and reducing risk to the industry.

"It's great, as it means we're in a position to lower costs to cattle farmers, earlier than anticipated."

As a non-profit company owned by farmers, NAIT Ltd is required to only recover what is needed to operate the NAIT scheme. The better-than-expected response made it possible to review the rates within its first year of operation – earlier than anticipated.

DairyNZ, Beef + Lamb NZ and Deer Industry NZ are shareholders in NAIT Ltd. These organisations have worked in partnership with the Crown to lead the establishment of NAIT as a low-cost, efficient, animal identification and tracing scheme.

A comprehensive NAIT scheme will add an important biosecurity tool to New Zealand's toolkit. It responds to increasing consumer demands for lifetime traceability for the food they eat, and it brings New Zealand up-to-speed with practices adopted by major trade competitors.