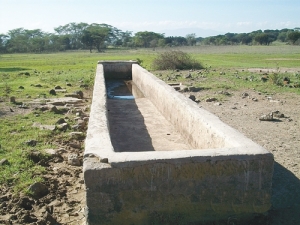 A Northland farmer was fined $4000 and faces $3000 in costs after being found guilty of ill treating cows.

Confusion over instructions to a worker managing a 32ha Northland property led to 12 cows starving to death and Niven John Lowrie, of Kaiwaka, being convicted of ill treatment of animals.

Lowrie appeared for sentencing on a charge of ill treatment of animals laid by the Ministry for Primary Industries in Whangarei District Court on May 1.

In a written decision on March 9, Judge McNaughton found Lowrie not guilty on the charge of reckless ill treatment, but guilty of the ill treatment of animals.

The charges follow a visit to the farm by MPI animal welfare inspectors who found 12 dead cattle and a further 13 cattle that were emaciated. They were in a paddock with no pasture and an empty water trough.

Lowrie was working on a dairy farm at Fox Glacier at the time of an inspection and had employed a farm worker to visit his Kaiwaka farm daily to move stock to new pasture and feed hay.

The worker said he did not realise there were two herds of cattle on the farm, one of 10 and another of 25 animals.

After intervention by MPI and improved feed and water, the 13 emaciated cattle recovered under the care of the worker.

The farm was also carrying 160 deer. Seven of the deer were in very poor condition and had to be euthanased. An animal welfare inspector and an independent veterinarian assessed there was not enough pasture for the remaining deer and arranged for 80 deer to be sold or slaughtered.

In an interview with animal welfare officers, Lowrie said he gave his worker instructions on the extent of the farm, the location of the animals and the storage of hay.