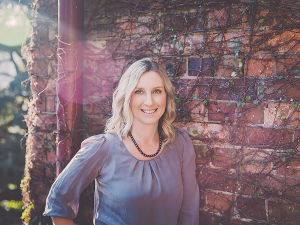 Specialising in innovation and consumer insights, March began her career in Toronto before moving to London in 2006 where she worked with blue chip clients across fast moving consumer packaged goods (FMCG), healthcare, and technology.

She moved to New Zealand at the end of 2010, working for Fonterra and Nestlé prior to joining B+LNZ as global market innovation manager in 2017.

She replaces Malcolm Nitschke, who steps down in August after nine years in the role.

"AGMARDT has a unique place in the food and fibre innovation ecosystem," says Marsh.

"It enables innovative individuals and groups to access funding to support the development of early transformative ideas. We want to encourage those who may not view themselves as innovators or leaders to step forward and give things a go.

"AGMARDT is also a fantastic connector, and as someone who loves to see the big picture and connect the dots, I'm looking forward to stepping into a role that will enable me to do that in new ways."

Meanwhile, former Foundation for Arable Research (FAR) Nick Pyke will be taking over as chair of AGMARDT from September, replacing Richard Green.

Global uncertainty caused by Covid and related disruption to supply chains, as well as a global shortage of labour, are cited as contributing factors to a forecast drop in NZ red meat export returns.