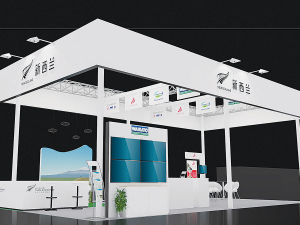 This will be WMS’ seventh showing at the annual event on July 12-14. Also exhibiting will be Fonterra and PinacleAg, and the technology data company Datamars which manufactures in and exports from NZ.

NZ Trade & Enterprise will guide the three exhibitors at the event — China Dairy Exhibition in Tianjin — which annually attracts about 500 exhibitors and brands, and 60,000 visitors to the 55,000sq.m site.

WMS country manager, China, David Morris has been at all previous showings.

“It’s a chance to support our dealers in China and showcase our brand to potential customers,” he says.

“We’re well known in NZ and other countries but we still have to work hard in China to show who we are and what we can do.

“In China, you need to show you’re a serious supplier with a long term commitment to the country. We now have five dealers, our own eight-person installation team and two service and product support managers in China.”

“People in China have been traders for thousands of years and are always looking for the best possible outcome.”

Milking automation and dairy management systems will be a focus for WMS in China this year.

“Times are changing in China and its dairy operators need automation.

“They’re not looking for robotic milking systems but they want to reduce labour costs, especially when they’re running a milking operation 20 hours a day, for example.

“That could include six or seven hours of intense milking of 3000 animals three times per day.

“It’s pretty tough so they require automation and are more receptive to that type of technology.”

WMS was also planning to introduce its Navigate dairy management system at the trade show.

Navigate gathers data on the herd at milking time to help the farmer improve the productivity and profitability of the animals.

It can measure each cow, detect health problems, measure live weight, manage each cow’s feed and automatically draft cows to the farmer’s rules.

WMS says it is also exploring the goat dairy farming market in China. It will display its goat and sheep rotary platform at the show.

“We have an 80-bail goat rotary to install in China and several more orders about to be signed.

“Interest in milking sheep is also high but that’s still a specialised market. Everyone has been farming goats for a long time but farming sheep for dairy is still new.”

Morris has worked for WMS since the mid-1990s and has specialised in the China market for seven years.

“Doing business in China requires forming a partnership and relationships, having integrity and understanding their culture. We have an office and warehouse in Beijing and we work through a state owned company which gives us a pathway to the market.”

Morris said WMS has worked with the Dairy Farming Institute, China, running classroom and on farm training including NZ visits.

“One company in that training later expanded its operation to include four new 80-bail rotary platforms.”

Morris says he chooses to think WMS became the Chinese company’s preferred supplier via the Dairy Farming Institute training and its visit to NZ. 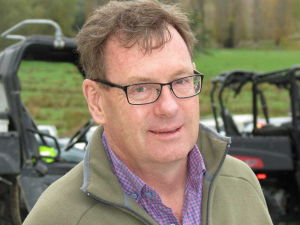