‘Growing up’ milk seen as holding off allergies 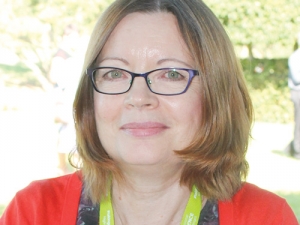 Researchers are about to begin looking at how to gain the health benefits of drinking raw milk without risking the pitfalls.

Dr Alison Hodgkinson of AgResearch is partnering with Miraka to look at producing 'Growing Up' milk for toddlers which retains the natural protection of raw milk against allergies.

She says many epidemiology studies in Europe show a connection between drinking raw milk and fewer allergies.

"Surveys of thousands of people have found that farming people who drink raw milk have a lower incidence of allergies – all types of allergies," Hodgkinson explained to Dairy News.

"It's not just people on farm drinking the raw milk and getting the benefit; the city dwellers who get farm milk and drink it have reduced allergy risk."

She says they don't advocate people drink raw milk because it contains bacteria and has limited shelf life. People who drink it from farms tend to get it fresh every day.

"There are strict rules and regulations about making the milk safe; the trick is to make the milk safe in such a way that it retains some of that benefit."

The project is looking at how to retain immune-type proteins in milk after processing; normally they get damaged during heating.

Under a Primary Growth Partnership for the last three years, Miraka has worked extensively on manipulating the processing which will allow them to retain some of this immune activity, she says.

"We are now going to see what benefits retaining some of those proteins that are in an active form might have in reducing allergy and seeing if that is what is happening in raw milk," she says.

The project was successful in the High Value Nutrition funding round late last year. Hodgkinson told a High Value Nutrition conference in Auckland this month that it is well known that allergy is on the rise and it is a major health issue in many countries – in particular food allergy.

"Two to three percent of infants in their first year of life will develop a cow milk allergy and 5% of children develop food allergies. The majority of these children will grow out of the problem. But persistent sensitisation is leading to an increased risk of later allergy." A proportion of infants start with dermatitis and go on to develop food allergy, hay fever and asthma.

"Ideally we would like to reduce the risk of children developing allergies. There's good evidence to suggest there are good opportunities for this in the first 1000 days of life – that's from conception through to two-three years of life."

She says they don't advocate that people drink raw milk and there are lots of regulations to make milk safe to drink.

However an experiment with mice has shown that feeding mice different milks gives a different allergy response.

"Miraka will develop a Growing Up milk product for toddlers and in our research plan we will develop and validate models that demonstrate this product has protective effects."

They will identify potential biomarkers that could be used in clinical trials. They will also look at the optimal timing and dose to get the best effect from the product.

It is believed the Growing Up milk will meet a consumer demand from parents for natural foods to help reduce the risk of allergy developing in children.

Hodgkinson says there is quite a lot of information hinting towards what component in milk might be providing the (allergy) protection but there is no definitive evidence yet so that is what they will be looking for.

The research project is about to begin.

Ease up on good guys

It's time to give complying raw milk suppliers a break by easing the regulations on distribution, says a supplier.

Unregistered raw milk suppliers around the country have been banned from selling their product.