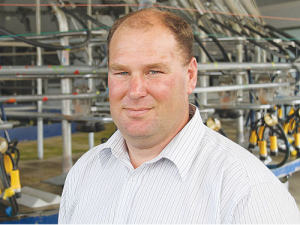 These show as top for the first time since 2010, according to Federated Farmers’ latest Farm Confidence Survey.

Nearly a quarter of the 1432 farmers who responded to the July survey said it is their No 1 worry. The second-greatest concern is regulation and compliance costs (19%) followed by debt, interest and banks (10%).

Analysis shows many dairy and sheep and beef farms will be uneconomic if the Government pursues methane reduction targets far more stringent than necessary to try to restrict global warming.

“That’s coupled with concern that the targets, and Government incentives for forestry, are driving blanket planting of pines on productive farmland, pointing to huge long term detriment to rural communities.”

Related to concerns about more production losses and costs to meet climate change targets, is that only 55% of farmers say their businesses are profitable (similar to the January survey, 56%). Farms losing money increased by two points to 11.3%.

And slightly more farmers expect their profitability to worsen than improve.

The July survey, by Research First, found that the proportion of farmers who think the economy is generally good (24.9%) has decreased slightly over the last six months. Those seeing the economy as bad are fewer but not by much (21.3%).

The survey discovered that farmers’ confidence in the economy is the lowest it’s been since July 2009, after the Global Financial Crisis.

“On that front, we’re no different from the wider business community in expressing gloom,” Hoggard says.

“We have particular concern about global uncertainty and instability [possible] from fallout from Brexit and US-China tensions and how that will impact on our key markets and export returns.”

Farmers in all regions expect production to increase over the coming 12 months but they are mostly less optimistic than six months ago, with large falls in expectations in Auckland-Northland and Taranaki-Manawatu.

Slightly more farmers expect to increase their spending rather than reduce it over the coming 12 months but this is also down on January’s survey.

And farmers continue to find it hard, if not harder than ever, to find skilled and motivated staff.