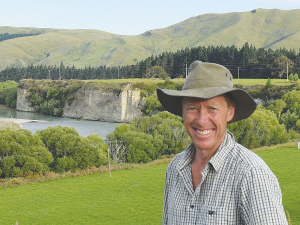 There are many different approaches to farm plans.

Taranaki Regional Council has, over the past 25 years, continued the catchment board approach to voluntary farm plans working in partnership with farmers. In Canterbury, ECan has taken a one-size-fits-all, tick box regulatory approach to farm plans. There are also a myriad of industry farm plan templates. An actions-focused, empowering farm plan is very different to the one the Government is mandating through the Resource Management Act (RMA).

Under New Zealand law we are supposed to be protected from unjustified state control. The Government is enforcing mandatory, certified, audited FEPs on every farmer - regardless of whether there is a freshwater issue in your catchment or whether your activity is having more than minor effect on the environment.

The only group of people being subject to mandatory environment plans are farmers. If the Government were being consistent then they would require everyone (including urban landowners) to do an Environment Plan as we all affect freshwater. But imagine the howls of protest against state control.

The Government claims that farmers need to do these FEPs to reassure our overseas markets. However, the RMA is related to environmental effects, not issues of market assurance. The Government is using this argument because it insufficient justification under the RMA.

Market assurance should be progressed through out industry and exporters, which is already happening with meat companies, Fonterra and industry groups.

A market assurance farm plan through your meat or milk company or industry group like Beef+Lamb NZ is confidential. None of your private property information is available to the public unless you require a consent or get caught in a compliance issue or for mapping the likes of Significant Natural Area's (SNA), but it is only information related to that specific issue.

However, when an FEP becomes compliance under the RMA it becomes public information. So, all that information on a dryland farm that was previously not accessible to the public now becomes public.

This represents a major breach of people's privacy rights.

It is for all these reasons we should reject the Government's legislation on RMA-mandated FEPs and call on all farmers to refuse to comply until such time the issues outlined above are resolved.

A 'national forum' of rural industry advocates is set to be held later this month.

After months of agitation and meetings around the country, a rural advocacy group has launched what it describes as the "first in a range of actions" to mobilise farmers against unworkable regulations.

OPINION: "Where the bloody hell are you?"