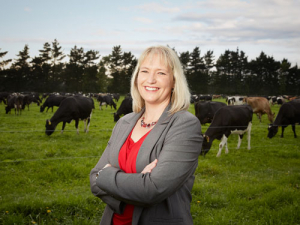 Concerns about the impact of Mycoplasma bovis on the agriculture sector have seen New Zealand farmer confidence decline over the past quarter, the latest Rabobank Rural Confidence Survey shows.

While farmer confidence remains at net positive levels, the overall reading dropped to +2% in the latest quarter, from +15% in the previous survey.

The run of strong commodity prices across virtually all sectors continues to support onfarm profitability and farmer optimism but, despite the positive broad-based returns, the uncertainty in the operating environment means many farmers are wary of what the next 12 months will bring.

A key contributor to farmer uncertainty, and the chief reason for the 13% slide in the farmer confidence net reading, is the impact of Mycoplasma bovis.

Of the 24% of farmers expecting the agricultural economy to deteriorate, 78% of these cited M.bovis and the consequences of the eradication process as the key reason for holding this view.

Government intervention is the second main reason for farmer pessimism but this was cited much less frequently than in previous quarters.

The survey found overall confidence in the broader agricultural economy had been driven lower by reduced expectations among sheep and beef farmers and horticulturalists.

Net confidence dropped sharply among sheep and beef farmers to -6% (down from +11% previously), while among horticulturalists it fell to -9% (down from +34 per cent previously).

Dairy farmer confidence remained robust, rising slightly to +14% (from +11% previously), partly on Fonterra’s strong opening forecast of $7/kgMS for the 2018-19 season. Spirits have been further buoyed by a weak kiwi dollar relative to the USD, helping to underpin favourable farmgate milk prices.

For drystock farmers, particularly those reliant on trading or grazing third-party livestock for the dairy sector, the greater pessimism recorded this quarter was driven by uncertainty about how the decision to eradicate M.bovis would impact on their businesses.

Many operations will need to revisit their existing business models in the longer term, but short-term uncertainty remains as testing for the disease continues and the ramifications of the disruption across the supply chain continues.

The survey found horticulturalists continued to have the most positive outlook about the performance of their own business in the coming 12 months, recording an unchanged net reading of +46%.

Despite lower expectations for the performance of their own businesses, farmers’ investment intentions were marginally up on the previous quarter

As well as increased investment intentions there had also been a lift in farmers’ perceptions of their own business viability.

Some 76% of surveyed farmers assessed their business as ‘easily viable’ or ‘viable’ this quarter. This is up by 3% on the March 2018 survey and is the highest percentage recorded since this survey question was introduced in early 2009. This record reading of self-assessed viability comes at a unique time with the lower confidence levels among farmers indicating that uncertainty in the industry is taking some of the shine off.