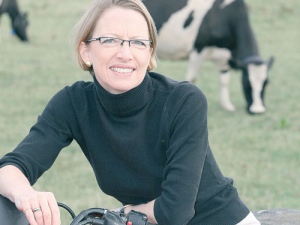 Stimulated by Fonterra posting a loss of $196 million, business analysts, academics and journalists have put forward their views on what is wrong with the cooperative and what is needed to sort it out.

Some have asked questions, which might or might not imply they know the answers. Others have called for change, not always making clear what that change should be or what the outcome, including the unintended consequences, might be.

At various meetings for farmer shareholders NZ-wide, the directors have accepted blame for the dismal annual result. They’ve said that the buck stops with them and they acknowledge they haven’t achieved the outcome they wanted. What has been absent is the credible next step.

Statements have been made about getting the basics right and working harder, resulting in some incredulity from the shareholders.

Rather undermining the promises, at the same time as the financial loss was being discussed with shareholders, 200 Fonterra staff from around the world had been flown to a meeting at a California beach resort, described as a ‘tourist and surf mecca’.

This news has done little to reassure shareholders that the basics are right or that people really are working hard.

Meetings do, of course, have to occur somewhere. And in a global company with milk pools in several countries it might not be surprising that they occur in countries other than NZ. The concept might be to show staff what is happening -- the good, the bad and the lessons to be learned.

This would be the type of team-building and leadership development that has been shown to be more successful than paintball, assault courses, boot camps – or sun, sand and surf. However, California doesn’t have a Fonterra milk pool, so the choice of meeting location remains unexplained.

Adding to frustration, shareholders are still in the dark about the value of the overseas activities in which their cash has been invested. Clearly Beingmate in China is a financial disaster. The finances behind China farms, however, are still being declared in various ways. And the financial advantage of the individual activities in Australia, South America, Netherlands, Ukraine and the rest of Asia are not known.

Transparency is desired by most shareholders in any company. Fonterra, with its role in setting the global milk price, is the target of global observation. Finding the balance between openness and commercial sensitivity is difficult.

Shareholders want to know more details in the accounts, but giving information freely could undermine the position of the company. The role of the directors in the decisions behind presentation of the accounts is unknown. And most are not accountants and so rely on advice from Fonterra management.

This is the crux of the problem. Fonterra management has been set on global dominance without considering what the farmers actually want. Dr Richard Cookson, a Fonterra supplier at Springdale, has articulated a more credible goal: “Farmers don’t want Fonterra to be the biggest, they just want it to be the best”.

It appears that the directors at the time were convinced that offshore investment would return benefits to NZ farmer shareholders, as it does for LIC, PGG, Affco… in fact it is difficult to identify a company that has expanded offshore successfully and yet is still owned by NZers.

This being the case, shareholders voting for directors need to get beyond the electioneering rhetoric and pie-in-the-sky vision and consider the knowledge and track record of the candidates.

Is their expertise aligned with the challenges the company and the shareholders are facing? What have they done to help the industry? Do they have a credible strategy for creating a better future?

More elections are coming up. Over to you.

• Dr Jacqueline Rowarth CNZM CRSNZ HFNZIAHS has a PhD in soil science and has been analysing agri-environment interaction for several decades. She is a candidate for the board of DairyNZ