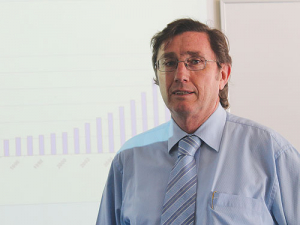 That conclusion is drawn by the farm consultancy firm AgFirst in its 2018 Financial Survey just released.

The report says better lamb and beef returns this season than last season were good: net cash income rose 12%. This coincided with an 11% rise in farm working expenses, says AgFirst economist Phil Journeaux. Much of this was on deferred maintenance including more fertiliser.

But against all that was the weather, “certainly a big issue”. “If you look at last spring to Christmas it was a real bugger of a time,” he told Rural News.

“It was wet through to October and really dry November/December, which that saw a lot of store lambs coming through at lower weights and sold quite poorly. Then we had a brilliant autumn, so farmers carried stock over to fatten them at heavier weights and to take advantage of a rising schedule.”

Journeaux says the poor spring saw breeding ewes and cows worked relatively hard and an unknown is the impact that may have on breeding performance. However, the good autumn has kept stock generally in good condition and pastures covers are also good.

Crops suffered in spring, but many bounced back when the rains came in January.  Journeaux says the AgFirst model shows a wide range of approaches to retaining or reducing capital stock numbers. He says there was a further slight decline in ewe numbers and the suggestion is that this might continue. Overall, a decline is seen in breeding cow numbers.

“It’s interesting: the top quartile of farmers are doing quite well. The average farm, which is what our model is based on, is doing ok but not brilliantly and the bottom not well at all.

“The reason, it seems, is often it comes down to farmer expertise and skill.... The people making reasonably good money are into bulls and the guys lower down the order are more traditionally breeding cows and ewes.”

Journeaux feels that farmers were budgeting very conservatively this past year and will make a bit more money than they expected.

But many farmers are now facing increased capital spending on environment-type issues and health and safety.

Phil Journeaux says M.bovis has sent a shockwave through the industry.

Farmers are carefully watching the testing for M.bovis this spring with an eye on what changes they may need to make.

“It has the potential for farmers changing their farm system, being a lot more careful where they buy stock and a lot more careful about onfarm biosecurity -- cleaning vehicles and visitors cleaning boots,” he told Rural News.  “I’m also pretty sure they will be more vigilant about NAIT.”

Journeaux says his company AgFirst now has a policy of washing vehicles and boots. Rural Newsalso knows of a farmer installing a security camera to record who has come down the driveway.

Meanwhile, Agriculture Minister Damien O’Connor also entered the fray on M.Bovis this week, saying farmers, traders and all in the livestock system must do their bit. He said to rely solely on MPI is unreasonable and unrealistic.