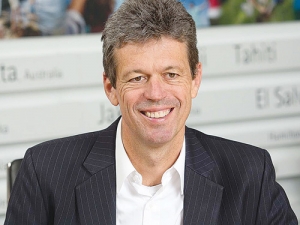 Fonterra says its decision to delay payments to some creditors by up to 90 days is nothing new and suppliers should "align" themselves to it.

Only 2000 of its 18,000 suppliers are affected, says chief financial officer Lukas Paravacini.

"We are aligning to a payment condition that always existed, and people should expect in [this time of low payout] to very quickly align.

"We are very conscious of the role we play in the community beyond our farmers. This [slow payment] touches roughly 2000 of the 18000 suppliers; we are not touching 16,000 of them because we understand the impact that will have."

Fonterra has extended by two months the time it takes to pay suppliers, from 30 to 90 days, saying this matches what it does in other countries.

It has also asked some suppliers to cut their charges by up to 20%.

A backlash by some businesses has prompted the Green Party to ask the Government to intervene; the party accuses Fonterra of using its size to bully its suppliers and contractors in rural areas.

Meanwhile, Fonterra will give an update of its debt level on March 23 when it presents half-year results.

Paravacini says the co-op spent heavily on its New Zealand operations last year. It has since decided not to increase its debt levels.