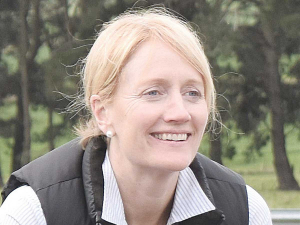 She told Rural News a 'come to Jesus moment' is needed with DairyNZ, Beef+Lamb NZ and Federated Farmers combining into one strong, coherent farm sector group.

Smith cites the recent performances of both Beef+Lamb NZ and DairyNZ over the reforms to freshwater regulations and proposed greenhouse gas rules as leaving farmer levypayers dismayed, disappointed and feeling abandoned by their representatives.

Smith acknowledges the increasingly unpalatable 'low or no' consultation processes in the current political environment, but sees this as a catalyst to ensure one united front for primary industry advocacy is formulated, rather than an excuse for poor outcomes.

She says this has opened the door for movements like Groundswell NZ to fill the gap. She believes that movements such as Groundswell shouldn't be seen as threatening to industry advocacy bodies, but as an opportunity for all stakeholders to air grassroots concerns and has seen first-hand opportunities presented at meetings.

"I found it enlightening to see farmers, councillors, mayors, rural servicing reps, politicians and the Rural Support Trust having the opportunity to be in the one room at the same time and chew the fat on issues at a grassroots level," Smith told Rural News.

She says the ideal journey would have been to have this dialogue long before the National Policy Statements on freshwater, biodiversity and carbon were formulated.

Smith cites the delay in Wintering Rules as an example of this and congratulates the working group tasked with looking at these regulations closer.

"However, if it weren't for two farmers standing up [Federated Farmers leaders, Geoffrey Young and Bernadette Hunt] and saying 'enough is enough' then the working group would never have been formed. It shouldn't take individuals to go out on a limb to get action," says Smith.

"As an industry, we need to be crystal clear on a line of sight for both the environment and the economy and the vast difference between pragmatic policy and misaligned, misinformed, mediocre outcomes".