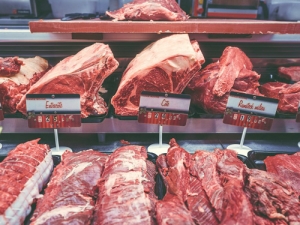 South America, and in particular Brazil, is set to dominate global beef trade in 2016, says Rabobank.

In its recently-released Beef Quarterlyreport, Rabobank says Brazil is likely to become the leading beef exporter into China in 2016, with access into the US fresh beef market also expected in coming months.

Report co-author, Rabobank animal proteins analyst Matthew Costello says while increased competition out of South America will challenge New Zealand returns, most of the growth is coming from a redistribution of product.

"In 2016, Brazil is likely to export around 200,000 tonnes of beef directly into China – double the volume shipped in 2015. However, most of this growth represents a transition from the Hong Kong market to official Chinese channels.

"Furthermore, low supply out of Australia is expected to create a void in global beef supply this year, so higher Brazilian exports will sustain supply into China and subsequently appetite for beef," he says.

In terms of the US market, Mr Costello says that while Brazil's impending access to the US beef market will improve their trade position, Brazilian beef exports will be limited by quota allocations.

Costello says in light of increased South American exports, New Zealand beef producers will be keenly monitoring Australian and US production this year, as well as US demand.

"With Australia's herd in rebuild stage following the drought-induced liquidation of cattle over the past two years, Australian beef production and exports are expected to remain low in the short-term," he says.

And while the US continues to rebuild their cow numbers and production starts to increase, Mr Costello says, its production levels are still at 20-year lows.

"Here in New Zealand, seasonal supply is expected to increase earlier than usual, with dairy farmers looking to further trim their herds and cull non-performing cows as the dairy payout remains low," he says. "That said, this year's beef production is not expected to match last year.

"So essentially, South America is the only major beef-producing region expected to exhibit strong new growth in 2016," he says. "While most of the production will come out of Brazil, there should also be increased exports out of Argentina and Uruguay."

The report says weaker currencies, particularly for Brazil, have been a large driver of this export growth, while the weak Brazilian economy has also seen a greater proportion of its product redirected from the domestic market into exports.