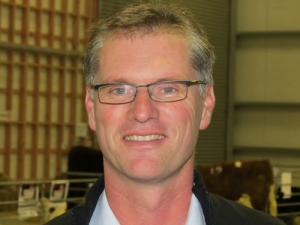 The weak NZ dollar is providing an unexpected windfall for the country’s sheep and beef farmers.

But Champion warns there are downsides to the weaker dollar – imported machinery, fuel and fertiliser costs farmers more.

Meanwhile, the latest BLNZ statistics show that the weak NZ$, high NZ beef production and strong demand for beef have resulted in a 37% rise in beef and veal export revenue in the first nine months of the current season vs the previous season.

BLNZ says dry conditions early in the summer and low milk prices led to an earlier and extended dairy cow cull than in previous years. From October 2014 to June 2015, NZ beef and veal exports reached 340,430 tonnes shipped weight – up 8.8% on the same period last season.

The strongest demand for NZ beef and veal in 2014-15 came from the US, which took 57% of total shipments, and China which took 12%. Export tonnages to the US and China increased by 23% and 38% respectively.

For the first time, beef and veal exports to China overtook mutton exports in volume.

Lamb exports to the European Union were up 4.7%. This reflected higher tonnages to Germany, Netherlands and Belgium, offset by lower exports to Britain – still the largest market for NZ lamb.

Champion on the year that was

Research shows 89% of supermarket consumers in international markets consider the country of origin when deciding which beef to purchase.