Farm sales off the boil 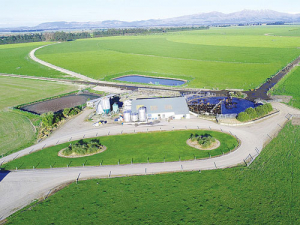 Farm sales are well below the levels seen in 2016.

Farm sales remain consistent, but are well below the levels seen in 2016, says the Real Estate Institute of NZ (REINZ).

REINZ rural spokesman Brian Peacocke says sales volumes are about the same as 12 months ago but well down on the equivalent period in 2016.

“Onfarm conditions during August have been similar to last year, with heavy rainfall creating difficult ground conditions and pasture damage in the northern regions.

“Long wet stormy periods have resulted in heavy losses of newborn lambs in central to coastal North Island, and heavy snow has disrupted farming and tourism in the central to southern South Island.”

Stuff happening within Fonterra is causing some producers to overlook that the milk price for the current season is better than last year.

Peacocke says beef and sheep farmers are benefitting from strong prices for beef and lamb, fruit and veges are at record high prices and interest rates and the exchange rate remain low, although higher fuel prices are hurting farmers.

“M.bovis preoccupies MPI and farmers, who expect transport and stock and station firms to be vigilant and fulfill their biosecurity obligations,” he says.

• Finishing - relatively quiet in the North Island apart from smaller blocks on the Kapiti Coast; a similar situation in the Tasman district; solid activity in Canterbury on smaller units; steady sales in Southland

• Arable – quiet NZ-wide except in Canterbury which is simmering