Cutting meat not the answer – MIA 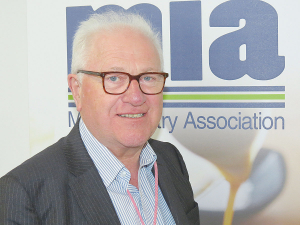 Meat processors are debunking activists’ claims that the recent IPCC Report on Climate Change and Land has called for lower meat consumption to save the planet.

The sector is also reminding the Government that the IPCC has said only “modest reductions” are needed in methane and nitrous oxide emissions.

“The question is not about everyone eating less meat, but instead adopting sustainable supply and consumption practices across a broad range of food systems.”

“We are pleased that the IPCC recognised the fundamental difference between intensive factory forms of protein production, and natural pasture based systems at which NZ excels.”

Ritchie notes that the IPCC report also includes scenarios for keeping emissions to a level that meet the Paris Agreement target of limiting global warming to 1.5 degrees C.

“These show that only modest reductions in biogenic methane and nitrous oxide emissions are needed,” he said.

This follows a recent MIA submission on the Zero Carbon Bill, which called for significant changes. A new analysis, using the Government’s preferred modelling, indicates that the proposed methane targets are excessive if all other gases go to net zero.

The MIA and the Dairy Companies Association of NZ, commissioned Nicholas Leach, Oxford University, to examine the Government’s methane targets as part of its submission to Parliament’s environment select committee. Leach’s analysis used methodology consistent with the IPCC special report on 1.5°C, which was used by the Government when setting its emission reduction targets in the Zero Carbon Bill.

“The Government has sought to use the IPCC report on keeping global warming to within 1.5°C, but it has cherrypicked the biogenic methane target while ignoring the data for other gases,” MIA said.

MIA believes that, according to the research and following the Government’s conditions, a target of 7% would be consistent with the IPCC global pathways for limiting climate change to 1.5°C and net zero for all greenhouse gases except short-lived biogenic methane (the actual global biogenic methane reduction required by 2050). The Government’s targeted 24-47% range would not be consistent with the IPCC’s pathways.

“We are dubious about the methane targets in the current Bill,” said Ritchie.

“We have said all along that the science indicates that to achieve a goal of no increased global warming from agriculture, nitrous oxide emissions from agriculture must come down to net zero as quickly as possible, but methane only requires a reduction in the order of 0.3% a year to have the same effect on the global temperature.”

The MIA is calling on the parliamentary environment select committee to significantly amend the methane target in the Bill.

“We are concerned the Government’s methane target is not credible and will threaten many rural communities who rely on pastoral agriculture,” Ritchie said.

“Our sector is NZ’s second-largest goods exporter and we directly employ some 25,000 people.”

He says given the enormous potential for economic and social cost to NZ from the chosen targets, the Zero Carbon Bill must get the numbers right.