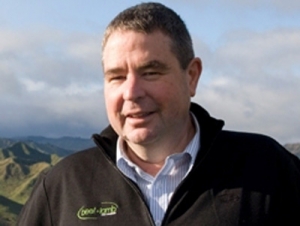 Farmer demand for help on health and safety has tested Beef + Lamb NZ's capacity to deliver.

BLNZ general manager farm, Richard Wakelin, says the industry good body originally planned to run 32 seminars by the end of June, but the demand is prompting it to run at least double this number.

Wakelin told Rural News that H&S has dominated the farming landscape in the past six months, resulting in a massive demand on BLNZ extension managers for advice.

"These seminars have been really well received by farmers because they have helped break down some of the myths about what they need to do to manage their health and safety obligations onfarm," he says.

"I think the focus for farmers has been on meeting regulations -- be they health and safety or environment."

Wakelin says from what he's seen, farmers have never taken a 'she'll be right' approach to H&S.

"They are finding out what they need to do differently as opposed to what they normally did, and building confidence about what they have to do onfarm," he explains.

"Take field days: these are now run under a tight health and safety programme, but they are just as enjoyable."

Wakelin says farmer attendance at the BLNZ H&S seminars has been excellent.