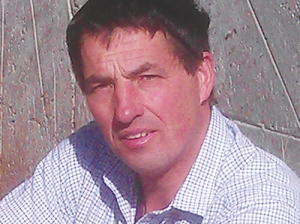 He was responding to criticism by SAFE about MPI approving continued use of farrowing crates for sows to give birth and suckle piglets.

Carter says the system is the safest developed so far for the mother and her young. It prevents piglets from being killed, among other advantages. The New Zealand industry is running a world leading trial to reduce confinement of sows, but has not so far developed a better system.

Carter says he takes a harsh view of "extremists" such as SAFE.

"They will never agree with what we do because they are opposed to any animal farming. Any position where we farm animals, they don't agree with. I can't meet their needs," Carter told Rural News.

"My responsibility as a farmer is to feed 80-90% of the world that wants to consume my product and make sure their needs are met."

Some have conflicting needs and the farmer has to weigh these up and make decisions.

"We also have to produce something a consumer can afford. Producing something outside the realms of the consumer's budget is not sustainable either.

"There's a continual balancing act and we are frustrated that 60% of pork consumed in NZ is imported [from countries] that don't have to meet any of our welfare standards.

"What our consumers are saying is 'we question what you do but at the end of the day we purchase... the cheapest product'."

NZPork doesn't agree with that and is trying to educate the consumer to say 'hey, we do things well, we look after animals, we provide these animals with the opportunity to have a life and do a good job of that so that you guys can have high quality food'.

Carter says people like SAFE, who claim to be animal welfarists, are actually animal rights activists and don't agree with any of this rationale.

"They want all our animals running wild; that isn't sustainable either. We know what rabbits are like when they hold no value for humans; they breed and run rampant and become a pest. That's what all our other animals would become."

The farrowing system in the pig industry is the safest developed so far for the sow and her piglets, says Carter.

"From a farmer's perspective and the industry's perspective we can't focus solely on one animal; we have to look after newborns as well.

"We know the sow's welfare needs. She is looking for protection and food she doesn't have to forage for when her primary objective is to look after her offspring in large numbers. She wants warmth and shelter.

"We have developed an effective way to do that; we know she spends 80% of her time lying down through that period. She spends almost every hour of the day feeding her piglets and their demands are high.

"Even in a free-farmed environment these animals still spend 80% of their time lying down trying to look after their piglets."

All animals have maternal instincts and will protect their young.

"Our sows are very maternal and potentially become aggressive looking after their piglets. The last thing any mother wants to do is kill her babies. We can demonstrate that the system we developed for these sows gives them the best welfare because they kill fewer piglets."

The sows can kill piglets accidentally by lying on them. If they have 15-16 piglets under their legs wanting to suckle and the sow tries to lie down, it is challenging to know where they all are.

"We know with every other system more new-born piglets die. We have put a lot of research into alternative systems and we still are. We have one of the biggest trials in the world on reducing the confinement of the sow. Any alternative system appears to be better for the sow, but it kills more piglets."