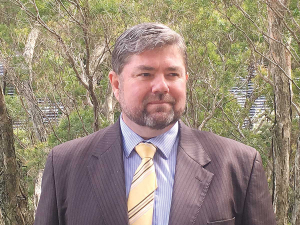 Farmers will take some time to recover as they also mourn the loss of a father and son well known to the dairy community on the south-east coast, says Shaughn Morgan, chief executive of Dairy Connect.

Robert Salway, 63, a long-term Jersey Australia member, was killed alongside his son Patrick, 29, as they were trying to protect their farm at Cobargo NSW.

“These are all big issues that the industry is trying to confront. While the processors are to be complimented that they are continuing to provide the milk pick-ups a lot more needs to be done by industry bodies and our government both state, federal and local.

“The community action has been overwhelming.”

A major dairy industry forum was planned at Bega, a centre of the south-east coast fires last Thursday. Speaking before the meeting, Morgan says they needed to assess what was required to “restore balance back to those farmers that have been so devastated”.

“They have been finally able to get tankers into most of the farms. Where power has not been restored they are getting diesel in, the generators are working and they are milking effectively now. A number could not do that when this was at its height.

“Animal welfare issues such as mastitis are of real concern.  Vets and dairy Australia have people on the ground going to the 30 odd farms that have been badly affected with damage to their pasture, loss of stock and infrastructure.”

Morgan said while he was “no social worker or psychologist” he found a shoulder was often needed. “Hearing their voices, they are at wit’s end.”

About 7000 stock were confirmed as lost in the region but Morgan was hoping for a clearer picture later in the week.

“Luckily it is not so much the dairy cows that have been lost, it is more the heifers. That will obviously have an impact on calving.

“But to a large extent the dairy herds themselves were looked after under sprinklers, on concrete and the like.”

Heifers on pasture suffered the most losses as they could not be reached in time. “It was just too ferocious and far too quick.”

Morgan says vital dairy areas in New South Wales (NSW) had been hit with 40 farms directly affected, and 30 with considerable damage. This was tough in a region where dairy farms had been decommissioning since deregulation and there were under 600 left.

“Everything was tight as it was and it’s just made it even tighter.

“Given the number of dairy farms was already decreasing this will have further impact on the south coast and far south coast. Those in the mid-south coast … they weren’t as affected as badly. They did have the fires but they didn’t come in like further south where they couldn’t control them and they joined to make larger bushfires.”

Dairy Australia told Dairy News less than 100 dairy farms nationally have been impacted in total, with some sustaining significant damage to paddocks and infrastructure.

“Overall, the loss of milking stock has been limited. There has been significant loss of young dairy stock, including pregnant heifers who have slipped their calves as a result of the stress.”

Farms impacted by power issues now have generators and milk pick-ups have been restored to most affected farms.

The main areas hit are the NSW far south and south coasts, East Gippsland and NE Victoria and parts of South Australia (Kangaroo Island, Adelaide Hills and Yorke Peninsula). About 5.28m ha have been burnt in NSW, at least 1.4mha in Victoria and 300,000ha in South Australia.

Federal and state government bodies are co-ordinating emergency support services and state agriculture bodies are working with organisations including Dairy Australia to assist with practical recovery assistance on farm.

“Processing companies like Bega and Saputo are cooperating on milk ups to ensure that farms in areas with access issues continue to be serviced where possible. These companies are also facilitating cow parking between farms in fire-affected areas.”

Dairy Australia will play a strong role in the recovery effort.

“It is too early to estimate the impact on herd numbers and milk production. Access to water and fodder remain key challenges for farms in areas where there has been prolonged drought.”

The message of support from New Zealand is clearly getting through, says Shaughn Morgan.

“It is clear there is a kindred spirit between our dairy organisations and farmers and yours and it comes through. It is vitally important that continues to be the case,” he says.

Once affected farmers are more settled, the possibility of getting some sponsorship to get them over to New Zealand for farm visits or a holiday may be very helpful, he says.

Dairy Australia says the most effective method of helping fire-affected farmers and their families is via financial donations.

Information on how to donate is available via National Farmers Federation http://farmhub.org.au/australian-bushfires-how-you-can-help